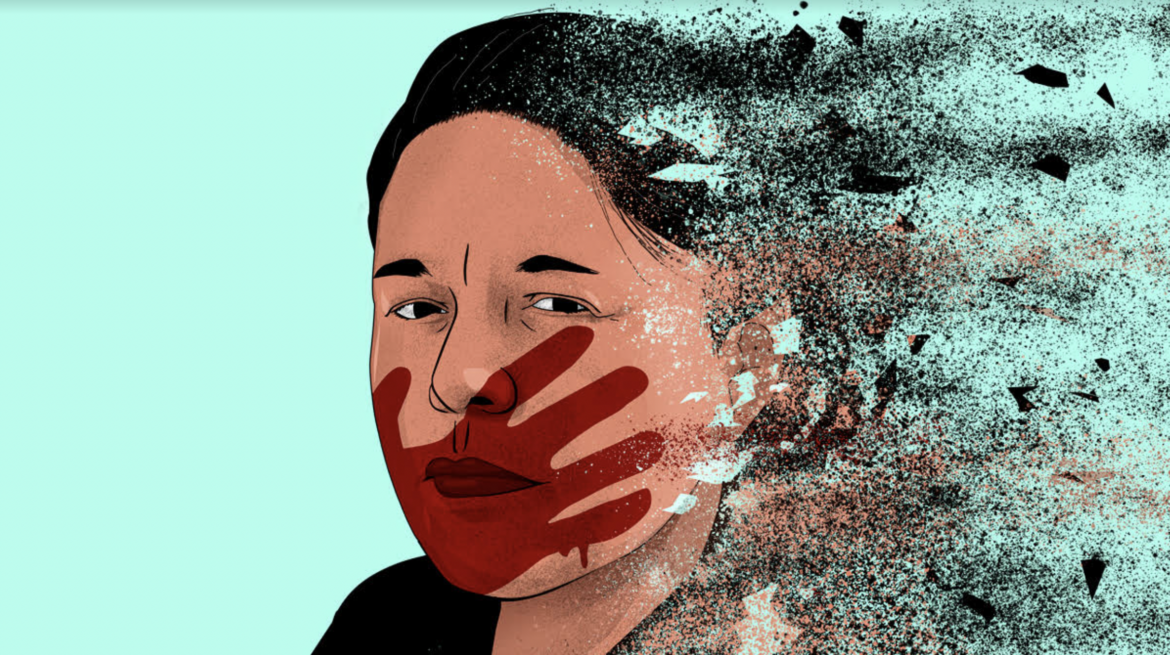 When Vangie Randall-Shorty’s son, 23-year-old Zachariah Juwaun Shorty, went missing in July 2020 and was found dead a few days later on the Navajo Nation, communicating with law enforcement emerged as one of the primary roadblocks to the search for answers.

Most of the police officers involved in the case, which remains unsolved more than two years later, could be more compassionate and make her feel heard, says Randall-Shorty (Diné). They could at least respond when she asks for updates or tries to share potential leads.

But, for the most part, they don’t.

So, now, she offers support to other families with missing or murdered loved ones, some of whom get in touch with her at events held throughout the state to raise awareness and demand solutions.

“Not knowing where to go, not having the resources, I was lost,” Randall-Shorty says. “There are some families who still have family members who are missing and they’ve given up because of the lack of resources. I want to be able to help them and tell them, ‘Let’s get these cases reopened. Let’s continue fighting together.’ To know the pain, it makes me want to fight that much more.”

Mandated cultural sensitivity and trauma-informed police training are among several recommendations laid out in a response plan the Missing and Murdered Indigenous Women and Relatives Task Force—created by the Legislature in 2019—published in May. Another recommendation: creating dedicated liaison positions to provide support for victims and their families and help them navigate the system.

Despite a clear need for further action to address a longstanding crisis in New Mexico and around the nation, it’s unclear when the Legislature will move forward with many of the reforms outlined in the response plan, which families and advocates say they favor.

During an interim Legislative Indian Affairs Committee meeting on Oct. 4, Indian Affairs Secretary Lynn Trujillo, who also chairs the task force, gave legislators an update. State Rep. Gail Chasey, D-Albuquerque, asked whether the group needed anything from the Legislature other than funding.

“At this time I don’t have a response for you but it doesn’t mean that I won’t have one later,” Trujillo responded, adding that the task force was focused last year on pushing for two bills dealing with the crisis, both of which passed. “There are probably a number of legislative proposals within the state response plan that could be potential pieces of legislation in this upcoming 60-day session.”

A spokeswoman for the Indian Affairs Department wrote over email that Trujillo was unavailable for an interview, and the department did not provide a statement indicating whether there have been any developments since last month’s meeting.

State Rep. Derrick Lente, a Democrat from Sandia Pueblo who sits on the interim committee, says he hopes to speak with task force members ahead of January’s legislative session about potential laws or appropriations, adding that he hasn’t been involved in any discussions on the issue since the meeting.

“I think that we have to be better and more intentional about how we’re going to respond now that they’ve gone through this process of task forcing, to begin to make some real investments in change,” Lente says. “There still is time to develop something. Obviously time is getting shorter and shorter, but…I want to be there to support in any way I can.”

New Mexico has the most missing and murdered Indigenous women and girls in the nation, according to a 64-page report the state task force issued in December 2020. And Albuquerque ranked second for such cases out of 71 cities surveyed by the Urban Indian Health Institute in 2017. Gallup, with just 22,000 residents, ranked sixth.

In February, Gov. Michelle Lujan Grisham signed Senate Bills 12 and 13, which allowed the Attorney General’s Office to hire a specialist focused on missing Indigenous people and designated Missing in New Mexico Day, which included an event at the Indian Pueblo Cultural Center in Albuquerque on Oct. 22.

Randall-Shorty and other family members attended and spoke one-on-one with law enforcement officials from around the state, including Raul Bujanda, special agent in charge of the Albuquerque FBI Division. Families were also able to file and update reports, submit DNA samples and access support services. Randall-Shorty says she found the event helpful, in part because Bujanda showed care for her family and listened carefully to their story, though she characterized the opportunity as “just the beginning steps.”

But gaps remain, and advocates point to specific proposals they’d like to see introduced during the 60-day session set to begin Jan. 17.

Liaisons could be involved from the outset, she says, when families first report a missing person. Indigenous people filling those positions would be a bonus, though Montoya-Garcia doesn’t think that should be a requirement.

The task force response plan notes that training and liaisons could play an important role in preventing additional trauma for victims and their families in the reporting process. That’s an urgent priority, the report says, not only from a “human rights and social justice perspective,” but also because it can discourage cooperation with law enforcement and therefore leave cases cold.

“I do hear families, when they have detectives investigating the case of their missing loved ones, they’re so angry because whoever’s investigating will bring up their loved ones’ past, like substance addictions,” Curtis says. “That’s so insensitive to say to a family.”

Those changes likely would have made Randall-Shorty’s experience with law enforcement less challenging, she says. “All I want is answers,” Randall-Shorty says. “I carry this pain every day. Sometimes it’s overbearing. I just want Zach to be remembered for who he is—for that beautiful smile that he wore, the sound of his laughter. I want everybody to know that I’m his mom and I will continue fighting.”

This story was co-published with the Santa Fe Reporter, a New Mexico In Depth partner. The Santa Fe Reporter also published “The Value of an Indigenous Life,” about a symposium hosted by the Yurok Tribe in Northern California, that illustrates the national scope of the crisis of missing and murdered Indigenous people.