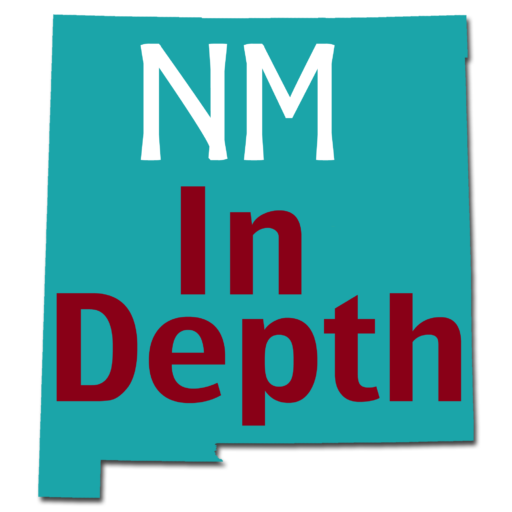 The honors, announced this weekend in Denver, were awarded in the annual Top of the Rockies contest administered by the Colorado chapter of the Society of Professional Journalists.

Elizabeth Miller took 1st place in the agriculture and environment news for a package of stories that highlighted water finally making its way to parts of the Navajo Nation, where 30% to 40% of Navajo people still are without running water because of a century of federal indifference. But the century-late federal aid doesn’t include money to connect homes and small communities to a massive pipeline project. She also trained her eye on the city of Gallup and its near-crisis in water availability just as a new federal project that promises help could be held up for four additional years due to federal decision making. After this story was published, Gallup’s water and sanitation director, Dennis Romero, told us that our reporting helped speed up around $3 million in federal money to get water to Gallup and surrounding communities.

What the judges said: “A brilliant, multi-part piece of journalism. It brings us to the region where we meet the people struggling to insure access to the most important of natural resources. Many readers will have had no idea these conditions still exist today in indigenous lands.”

In political news, Bryan Metzger won 1st place for a series of stories in which he dug into the hidden money that bankrolled a successful 2020 constitutional amendment to overhaul the Public Regulation Commission, the state regulator of the state’s largest utility and other industries. His reporting found that one of the globe’s largest oil companies, Exxon Mobil, contributed $10,000 to the effort and suggested New Mexico’s largest utility, the Public Service Company of New Mexico (PNM), which has a history of getting involved in elections, might have contributed, too. PNM wouldn’t confirm whether it had or not. That led one Public Regulation Commissioner to publicly call on the utility to say whether it had.

What the judges said: “Excellent investigative series uncovering a lack of transparency and calling for accountability.”

Bella won for her reporting on the political battle over counting New Mexico’s incarcerated population and how the current system likely diffuses the voting power of Albuquerque, the state’s largest city, to smaller towns and rural areas where New Mexico’s prisons are, a practice criminal justice reform advocates refer to as “prison gerrymandering.”

Bobby was awarded for his reporting on the Albuquerque city election, specifically for stories in which he trained a critical eye on promises that a new stadium represented a great economic opportunity for New Mexico’s largest city; and showed developers were throwing a lot of cash into the municipal election.

In the enterprise reporting category, Bryant Furlow won 2nd place for his yearlong investigation for New Mexico In Depth and ProPublica that found that the tiniest, most premature babies died at up to twice the rate at Lovelace Hospital as they did a few miles away at another major maternity and newborn facility in Albuquerque. Despite this fact, New Mexico provides almost no oversight of the care provided by neonatal intensive care units even as 31 states, including neighboring Arizona, Oklahoma, Texas and Utah, have laws or rules requiring oversight of neonatal intensive care hospitals.

And New Mexico In Depth managing editor Marjorie Childress won 2nd place in the column writing category for two essays she penned. One demanded that state lawmakers do better when disclosing how they spend public dollars. The other pointed to the state’s latest scandal as a prime example of how secrecy that surrounds state spending can hide corruption.