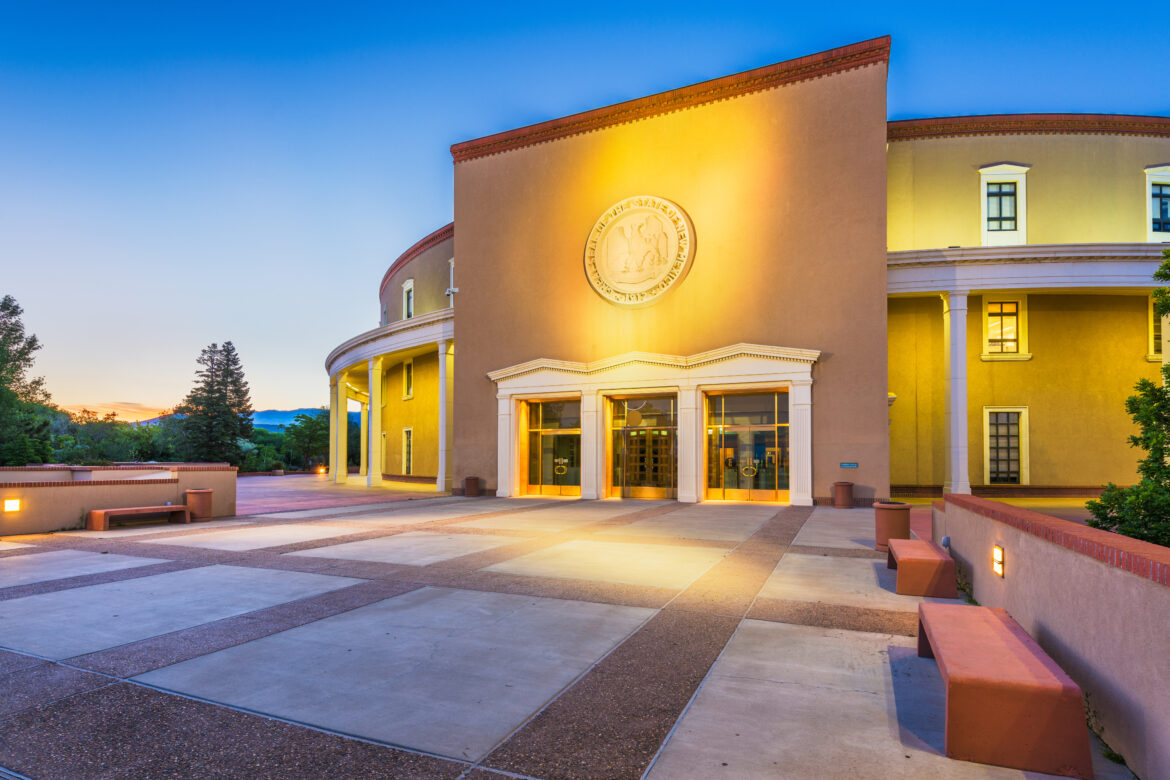 Gov. Michelle Lujan Grisham, a Democrat, has vetoed lawmakers’ dark spending bill, casually called the “junior bill”, and they don’t like it.

The vetoed Senate Bill 48 cobbles together spending by individual lawmakers into one long list of projects worth $50 million in total.

The junior bill doesn’t happen every year but when it does, it’s held sacrosanct by lawmakers, who each get part of the pie to divvy up. The  junior bill doesn’t disclose which lawmaker makes which appropriation, and lawmakers exempt that information from state transparency laws. The public is simply left in the dark.

Lawmakers put the bill together behind the scenes, not in public. They each get a slice of the money and some guidelines to follow (what those guidelines are, from whom they’re given, and whether lawmakers have total carte blanche is unclear because the process is not public). Senators put their list together, the same goes for representatives, and those two combine to form the junior legislation. The bill had hearings this year before the Senate Finance Committee and the House Appropriations and Finance Committee, where the legislative budget makers reviewed them. Rep. Patricia Lundstrom, a Democrat from Gallup, told House committee members they would only look at House appropriations, not Senate appropriations. At one point, she told members to “look for your own stuff and make sure it’s in there.”

Some would call this pork barrel spending, with lawmakers sending money to initiatives in their districts to curry favor, but in a way that doesn’t allow the public to see if the beneficiaries are family, friends or colleagues of New Mexico’s citizen lawmakers.

This description may seem harsh, but there’s evidence it has happened in the past. A search warrant issued last year in the corruption investigation of former State Rep. Sheryl Williams Stapleton makes a case that she spent public infrastructure money on an organization she had substantial control of in 2007.

The state’s annual infrastructure spending, like the junior bill, allows lawmakers to allocate a portion of the money as they see fit. That spending used to be in the dark too until sustained public pressure spurred lawmakers last year to require a list be published on the legislative website showing their individual spending.

It was a transparency victory generating great fanfare and self-congratulation by lawmakers. Better would have been humility. At the same time lawmakers congratulated themselves for passing the public disclosure law for infrastructure spending, they passed a junior bill that continued their old habit of doling out money in the dark. I called last year’s junior bill a slush fund, one the governor signed rather than veto. A system that allows lawmakers to individually distribute money in the dark simply isn’t good governance.

In her veto message for this year’s junior bill, Lujan Grisham makes no mention of transparency regarding the junior bill, and when asked about it yesterday, said she doesn’t “…think it hurts to be more transparent about all of our appropriations, certainly.”

Instead, her issue is that state spending should be done through the normal state budgeting process. She stated in the veto message that the junior bill “…circumvents the important budget and capital outlay process that forms the basis for other large appropriations bills.”  That leaves unanswered why she signed last year’s junior bill if that is her rationale, but that’s a question for another time.

In reported comments responding to the veto, Lundstrom said the projects in the bill are vetted.

It’s true that some of the projects in the junior bill are vetted.

As certain bills wend their way through the legislative process, they might contain a small appropriation that powerful budget overseers don’t want to include in the annual state budget. So one will hear lawmakers arguing they are applying “junior money” to the appropriation to grease the wheels as it makes its way through the Legislature.

Case in point: the junior bill contains funding for jobs in state agencies to oversee and coordinate remediation of abandoned uranium mines, a long neglected and quite significant problem in New Mexico. The uranium cleanup bill that included the jobs and a number of other provisions has already been signed by the governor. As the bill made its way through the Legislature, sponsors assured lawmakers a portion of junior money would fund the positions.

Those jobs are not pork. They mean a lot to the communities in the Grants mineral belt who have for decades struggled with uranium contamination.

Lundstrom chairs the House committee that writes the state budget and she supports the uranium remediation bill. Why did funding for important jobs go in the junior bill?

Really, why is this dark spending bill necessary, for anything other than the perk it provides individual lawmakers to direct money to projects as they see fit?

Lawmakers are now threatening to come back together to override the governor’s veto, which would be only the second time they have called themselves back to the Roundhouse in response to a veto.

They guard the longstanding perk they’ve given themselves, individually, to appropriate money outside the budgetary process. Especially in an election year, when such spending gives incumbents on the campaign trail another opportunity to tell constituents what they’ve done for them.

In the long run, it’s doubtful they’ll give that perk up, even though the governor has thrown down a gauntlet.

But they could certainly bring some sunshine to the process. Like their individual capital outlay spending as of last year, lawmakers should publish a list showing how each of them allocated junior bill money.