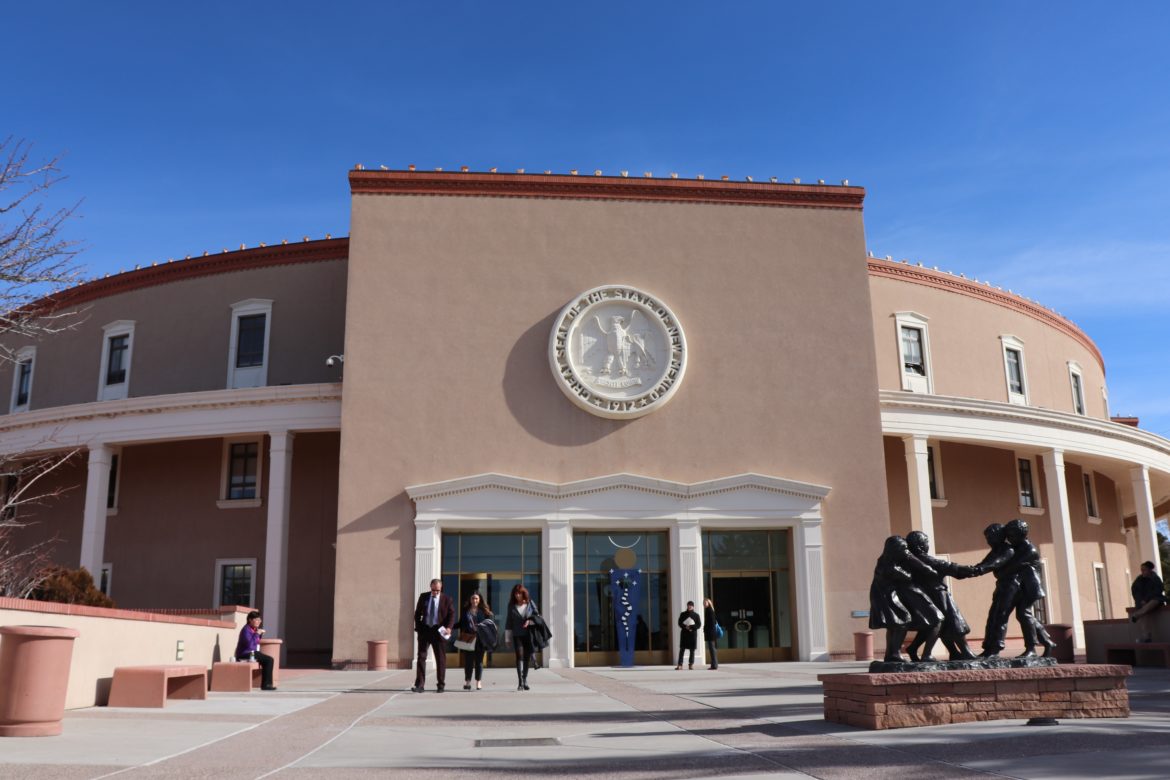 It’s been more than 30 years since the last time New Mexicans voted against paying state lawmakers a salary, first in 1990 and again in 1992.

Now, some lawmakers think the mood has shifted and it’s time to ask voters again. The need has grown, they say, while the Legislature remains hobbled by volunteer lawmakers who lack paid staff and in many cases must juggle outside work in order to live.

They’re betting that voters have come around. A poll conducted last year by New Mexico-based Research & Polling, Inc., found not only that 64% of likely New Mexico voters support the idea, but that almost 40% already believe lawmakers make a salary.

They don’t. However, one can understand why voters might think that. From the outside, the life of a legislator looks like full-time work.

The state’s short legislative sessions each year — 30 days in even years, 60 days in odd years — require almost round-the-clock work from lawmakers, especially in the final weeks. During the rest of the year, lawmakers travel the state attending interim committee hearings where they hear about complex issues while helping their constituents back home.

“This isn’t a nine to five job for many of us,” said State Rep. Angelica Rubio, D-Las Cruces, who’s sponsored a constitutional amendment since 2019 that would create an independent salary commission to set salaries for lawmakers and other public officials.

The demands of unpaid service as a lawmaker are “challenging,” Rubio said, describing daily communication with constituents while juggling jobs, childcare, and legislative duties.  Some of her colleagues must undertake long drives across sprawling districts just to meet constituents.

And lawmakers often pay for the costs of service out of their own pockets, especially those who live hours from Santa Fe. That’s a barrier for the low-income and people of color, she said, using herself as an example.  “I’m pretty much going to be broke heading into Santa Fe next week just because of the amount of money I had to pay just for housing,” she said. “My entire per diem is going to cover that but I still have to cover rent here back home, and I’m not even working.”

Mario Jimenez, executive director of Common Cause New Mexico, an organization with a long history of advocating on issues around governance and elections, echoed Rubio’s observations.

“We can’t continue to call it a people’s Legislature when your average person is not able to participate,” he said. Jimenez said most people have to work full-time jobs, sometimes two or three. “So it’s really quite impossible for your average person to serve and we continue to lie to ourselves and lie to the public in calling it a citizens legislature when the citizens cannot participate.”

New Mexico is often held up as the only state in the nation that doesn’t pay its lawmakers a salary. That’s technically true, but a better measure is where the state ranks when combining salary, mileage reimbursement rates, and a daily payment when lawmakers are in official meetings, called a per diem.

The National Conference of State Legislatures publishes an annual compensation survey of all 50 states.

New Mexico is the only state not providing a daily or annual salary. It does provide a per diem, and reimburse lawmakers for mileage.

All other states pay a base salary. In a few, it’s a nominal amount, with New Hampshire famously paying just $100 a year plus mileage. But most pay significantly more.

University of New Mexico political science professors Timothy Krebs and Michael Rocca took a look at the capacity of New Mexico’s state Legislature to address issues facing New Mexicans, compared to other states of a similar size and demographics.

How long state lawmakers meet in session and how many support staff they employ are the principal factors in a Legislature’s capacity to effectively govern, their report said. A third factor is how much a state lawmaker is paid, they wrote, which has more to do with characteristics of who serves in the Legislature – whether they are full-time or part-time lawmakers, or whether they have outside jobs. Altogether, these three factors provide insight into how professional a Legislature is.

“If we want the Legislature to do the job of the people,” Rocca said at a New Mexico In Depth panel discussion last month, “they need the resources to do it.” That means a salary, a paid staff, and longer session lengths, he said.

Jimenez believes salaries should account for full-time work. “If we’re going to professionalize our Legislature, we need to provide them with a professional salary,” he said. That doesn’t mean “boo-koo bucks” or even what federal lawmakers make, he said, but a “meaningful” salary that takes into account the long hours required for lawmaking, including meeting with constituents in the evenings and weekends.

The state Legislature could hire more staff by simply adding money to the annual state budget during the legislative session that kicks off today. But to pay lawmakers a salary, or add more days to legislative sessions, voters must approve an amendment to the state constitution.

New Mexico pollster and analyst Brian Sanderoff, whose company did the polling last year showing voters are in favor of the idea, said a paid legislature would bring about a significant shift for the Legislature.

“The proponents say that if it’s a salaried job more people can serve without holding another job, so yeah, it would be a significant shift in our Legislature,” he said,”one that the proponents feel will modernize it to fit our challenges and problems we face in modern New Mexican society.”

Sanderoff noted that only about a third of New Mexico voters currently know how lawmakers are compensated. After the survey respondents were informed that lawmakers currently don’t make a salary, the clear majority said they were supportive of the proposal.

It’s “sort of shocking,” he said, when he does focus groups on how little the average person knows about state government. People spend a lot of their time just living their lives and trying to make things work for their families and their livelihoods, he said, and don’t pay as much attention to the inner workings of government.

So education about what the government does and how it benefits people is key to these sorts of reforms, he said.