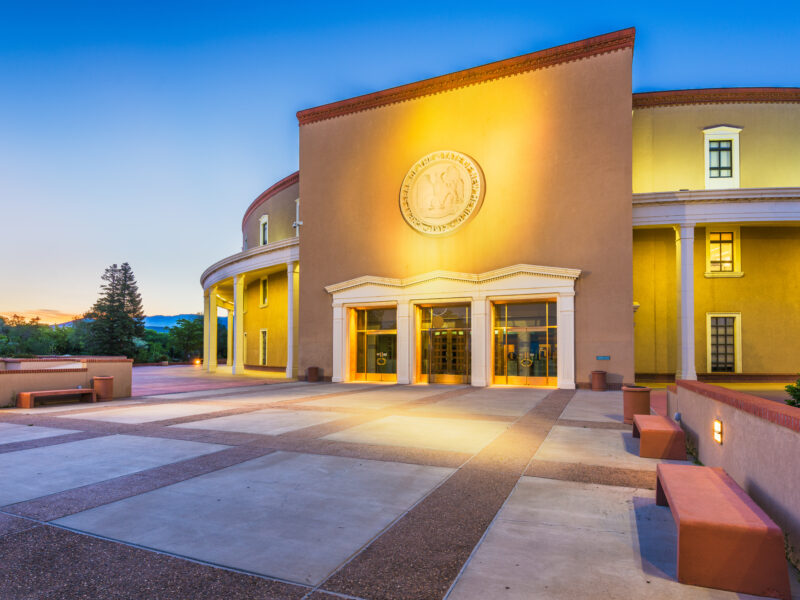 The saga that humbled state senator Daniel Ivey-Soto this week is the kind of political theater that hypnotizes the chattering political class. A mixture of sexual harassment allegations and an unsuccessful coup against Sen. President Pro Tem Mimi Stewart, with whom he has clashed, led Ivey-Soto to resign Thursday as chairman of the Senate Rules Committee before his colleagues could remove him. It was a very public drama that generated blaring headlines and gossipy conversations. Beyond all the hot takes and salacious titillation, however, it’s important that we not forget the institutional weakness that got us to this point. Skepticism has always swirled around lawmakers’ claim that they can police themselves. 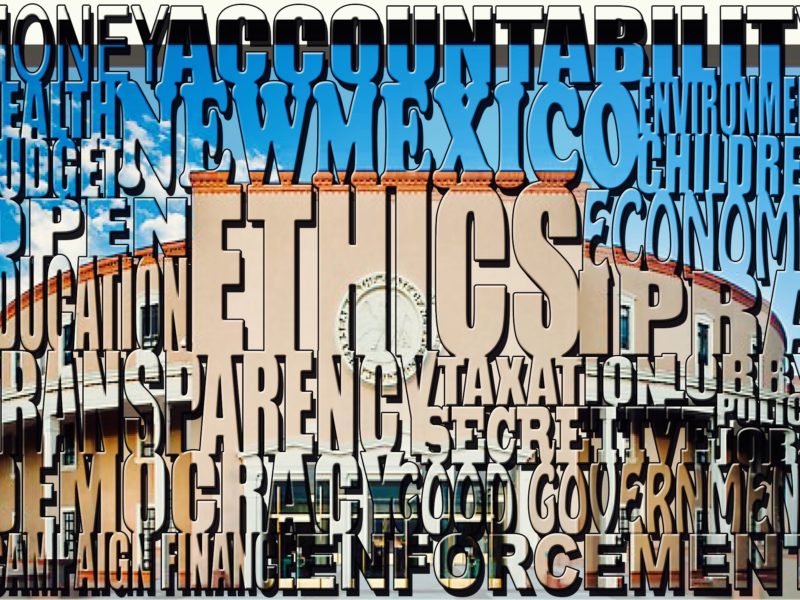 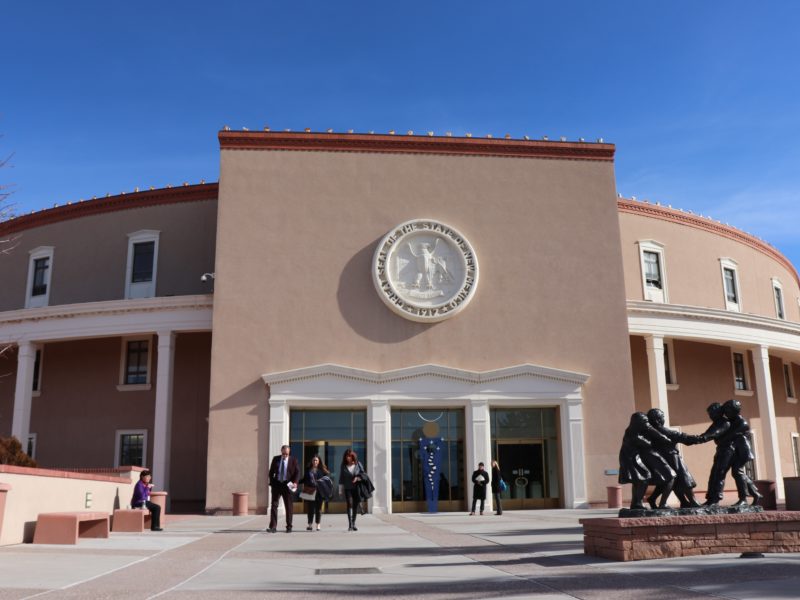 It's time for lawmakers to embrace transparency (Updated) 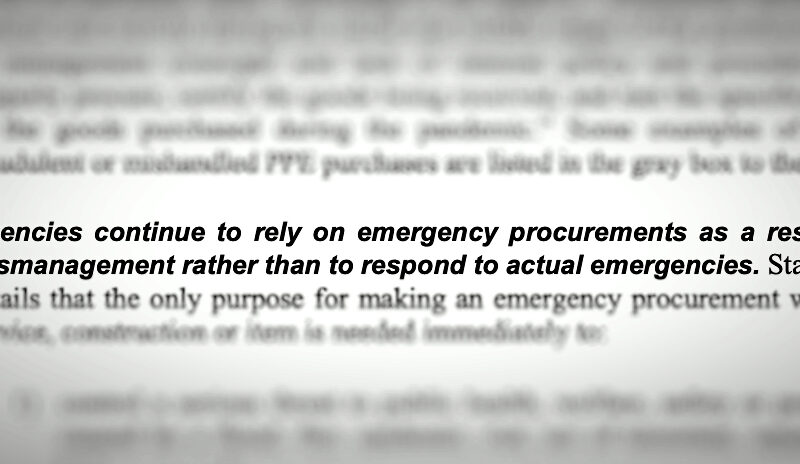 ICYMI: Amid record revenue, lawmakers fail to address risk of waste and fraud

Amid record revenue, lawmakers fail to address risk of waste and fraud

And the game is on. Gov. Michelle Lujan Grisham wants to give the state’s independent Ethics Commission a lot more operating money than lawmakers. She recommends nearly $400,000 to help the commission get up and running in its first few months of operation. The Legislature’s request is half that.

A few weeks ago, Rep. Greg Nibert, R-Roswell, mentioned the option of passing a memorial creating a task force to study an independent ethics commission through 2019. Just in case, he said. Nibert wanted to see legislation that dictates what powers such a commission would have and how it would operate. But it was clear, even weeks ago, that agreement on a subject the Legislature has debated for 13 years might be difficult despite 75 percent of New Mexicans voting to enshrine the idea in the state constitution this November. But Nibert waited before asking a legislative agency to draft the memorial.

A House bill creating an independent ethics commission with subpoena power passed an important House committee Wednesday, sending the measure before the full House of Representatives for a vote possibly as early as later this week.

Members of the House Appropriations and Finance Committee approved the measure unanimously after a short discussion and lowering funding for the proposed ethics commission to half a million dollars, from $1 million. Committee chairwoman Patricia Lundstrom, a Democrat from Gallup, explained the Legislature could add money to the commission midyear when state officials learn how much a full year of its operations would cost.Lundstrom’s explanation was heartening to committee member Rep. Phelps Anderson, R-Roswell, who had expressed a desire that the commission be fully funded. Rep. Patricia Lundstrom, D-Gallup, chairwoman of the House Appropriations and Finance Committee. New Mexico state lawmakers are trying to flesh out the powers, funding and operations for the seven-member independent ethics commission after 75 percent of voters added the commission to the state constitution in November.

The Judiciary Committee voted 8-0 Saturday morning to approve HB4, launching the ethics commission proposal on what likely will be an obstacle course with three weeks to go in the 2019 legislative session. The proposal, sponsored by Rep. Damon Ely, D-Albuquerque, is in a race against the clock, needing to clear another House committee and a floor vote in the House before heading to the less friendly forum of the Senate, which has earned a reputation as a killing ground for ethics legislation over the past decade and a half. The proposal approved Saturday appropriates $1 million for a proposed ethics commission empowered to fine individuals guilty of violating ethics rules. The commission could also issue subpoenas to pry loose information in an investigation and if a target refused to comply ask a state court to enforce it. Rep. Daymon Ely, D-Corrales

Hearing panels to investigate ethics complaints would use the civil standard of preponderance of the evidence, instead of higher legal standards, to find violations.

Voters could make New Mexico history tomorrow. Yes, the state likely will make U.S. history, too, sending the first Native American woman to Congress. But New Mexico could join more than 40 other states if voters approve constitutional amendment question No. 2 that would create an independent state ethics commission. Approval, which would come after more than a decade of unsuccessful attempts, might be viewed as New Mexicans’ response to the state’s long-suffering reputation for corruption.

NMID’s Trip Jennings discussed a November ballot measure that would create an independent ethics commission on the New Mexico PBS public affairs show “New Mexico in Focus.” If voters approve the measure Nov. 6, the Legislature, with input from New Mexico’s next governor, will work out how the commission will operate and who it will oversee during the 2019 legislative session. Already, a working group meeting through the fall is discussing draft ethics commission legislation that would go to state lawmakers to prime the conversation. The group’s next meeting is Thursday afternoon at the University of New Mexico Science & Technology Park Rotunda, 851 University Boulevard SE, Albuquerque.