In February 2021, as New Mexico lawmakers considered landmark legislation to loosen restrictions on alcohol sales, the state’s alcohol epidemiologist Annaliese Mayette set out to assess the bill. Excessive drinking kills people in New Mexico at a faster clip than anywhere else in the country, and the proposal would make it easier for restaurants to serve liquor and allow residents to order alcohol delivered directly to their homes. The intention was to buoy hospitality businesses hard-hit by pandemic-era shutdowns.

Drawing on scientific research and her expertise, Mayette warned in a memo that the legislation would “give underage drinkers more access to alcohol” and “would likely increase harms” including violent crime and child abuse. Her memo was meant for the Legislative Finance Committee, which compiles analysis from state agencies to educate policymakers on the likely consequences of voting a bill into law. Mayette sent a draft to higher-ups in the health department — but they never passed it on, so her concerns were missing from the committee’s report.

Lawmakers shouldn’t read too much into the fact that New Mexico has some of the highest alcohol taxes in the country, a national expert told them today. Because “alcohol taxes across the country are very, very low.”And Richard Auxier, Senior Policy Associate, Urban-Brookings Tax Policy Center, gave lawmakers at the Legislature’s Revenue Stabilization & Tax Policy Committee hearing a clear answer to questions about whether raising taxes helps improve public health. Yes, he said, research shows that raising taxes reduces consumption and improves health. In the state that leads the country in alcohol deaths, that’s important. But when you get into the weeds of tax policy, everything becomes complicated. Lawmakers should start with understanding their ultimate goal, Auxier said. Is it to eliminate or drastically reduce consumption of alcohol? If so, it might make sense to increase taxes significantly. Or is it to improve public health while not making drinking alcohol so expensive that it becomes out of reach?

Powerful state lawmakers are signaling their desire to address New Mexico’s worst-in-the-nation rate of alcohol-related deaths in the upcoming session, including by changing how alcohol is taxed. Sen. George Muñoz, D-Gallup, chair of the influential Senate Finance Committee, said he supports raising statewide alcohol taxes, among the most effective measures for curbing excessive drinking. Senate President Pro Tem Mimi Stewart, D-Albuquerque, agreed the state’s rates “are probably not at the level they need to be,” and raising them “should be part of the solution” to the state’s alcohol crisis. Rep. Patricia Lundstrom, D-Gallup, chair of the House committee that crafts the state budget, acknowledged “we do not have the balance right” between businesses that profit from selling alcohol and people harmed by consuming it and said in the coming session she expected “legislation to come through that is going to cost money.”

In August, lawmakers on health, criminal justice, and economic committees voiced concern about New Mexico’s alcohol problems. Many attributed the flurry of interest to a New Mexico In Depth investigative series, which showed the state’s alcohol-related death rate has risen continuously for decades and is far above any other state’s. “I really didn’t realize how bad we were on alcohol deaths until I read all of those articles,” said Stewart.

Many New Mexican families struggle with alcohol but the problem has often been neglected. That’s partly because of stigma towards addiction: it doesn’t always feel easy to share stories about it. New Mexico In Depth published Blind Drunk last week, a series about why New Mexico leads the country in deaths related to alcohol, and what can be done about it. The reporting examines myths, misconceptions, and outright fallacies in thinking about alcohol dependency.

Alcohol is killing New Mexicans at a higher rate than anywhere else in the country — yet the state has largely neglected the growing crisis.

In this seven-part series, New Mexico In Depth investigates the state’s blind spots and shines a light on solutions.

AN EMERGENCY HIDING IN PLAIN SIGHT

Drinking kills New Mexicans at a far higher rate than anywhere else in the nation, and the crisis is escalating.

EYES ON THE ROAD

In New Mexico’s war on DWI, the relentless focus on drunk drivers misses the bigger problem of addiction.

Stereotypes about alcohol and Native people are hiding a crisis that’s bigger than any single group. 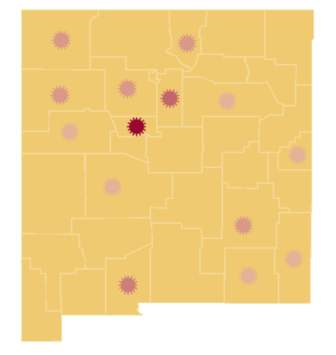 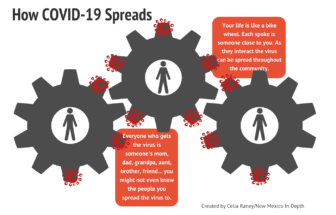