New Mexico in Depth highlighted the work of our fellows earlier this week, but there was a lot more going on in 2017. Here are just a few highlights. 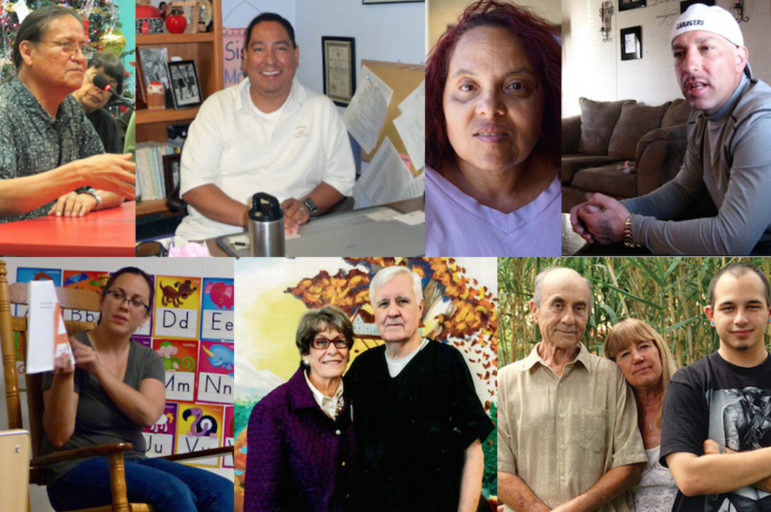 Feds’ sting ensnared many ABQ blacks, not ‘worst of the worst’. After a 2016 drug sting, agents from the federal bureau of Alcohol Tobacco Firearms and Explosives (ATF) announced they had arrested over 100 of the ‘worst of the worst’ offenders in ABQ. Our story about one of those defendants, Yusef Casanova, explored that claim and found the sting captured a disproportionate number of black people and the ‘worst of the worst’ label is problematic. You can read our methodology here.

Boyfriend’s betrayal: ABQ woman jailed after ATF informant lured her into drug deals. Veteran criminal justice reporter Jeff Proctor doubled down on the ATF story in this piece about Jennifer Padilla, who was living in a half-way house trying to stay clean when she entered a relationship with one of the ATF traveling informants, who lured her into drug deals. Padilla has since plead guilty for a reduced sentence.

Three years after attack, urban Indian population remains vulnerable. Later in the year, we featured the work of Colleen Keane, who took a look at whether the city of Albuquerque has made changes to protect vulnerable homeless populations in the wake of brutal murders three years ago of two homeless men.  Verdict: there’s still a lot of work that needs to be done.

Child care ‘cliff effect’ jeopardizes working parents as income rises. Sylvia Ulloa took a look at whether families will lose subsidies for child care when their incomes begin to rise through such things as minimum wage increases. She found that it could be a real concern for families with two income earners, but isn’t an issue, generally, for single parents.

Does poorly educating students violate the NM constitution? A judge will decide. We took a look at the arguments at play in a landmark lawsuit brought against New Mexico state government. The verdict is still out.

Realtors and developers give big money to ABQ mayoral candidates. Oftentimes the focus of reporting on money in politics looks at individuals or political divides. We wondered what industries were giving big in the ABQ mayoral race. Looking at big donors to the three top privately financed candidates, we found about 25 percent of the funding came from the development community.

Loophole and vague laws create ambiguity in lobbyist reporting. We continued to follow the story about how the legislature in 2016 reduced the amount of reporting required of lobbyists. Called a “mistake” by lawmakers, a bill labeled a “fix” passed the legislature but was vetoed by the governor. We’ll continue to follow this issue, and a host of other transparency and good government issues beginning in just a few weeks. The 2018 legislative session looms.

The slow-motion unraveling of New Mexico’s Medicaid crackdown. We followed up this year on what Gov. Susana Martinez’s administration once touted as one of its greatest accomplishments. Rooting out Medicaid fraud in New Mexico’s behavioral health industry in the summer of 2013. A review of state court documents this summer showed how weak and, in many cases, lacking in documentation the administration’s case was when it accused 15 organizations of fraud.

There’s a lot more. And a pitch.

We encourage you to look at the breadth and depth of the work New Mexico In Depth reporters undertook in 2017. Please share with your friends and family. Help us grow.

As a nonprofit organization, we depend on support from our community to sustain our journalism.