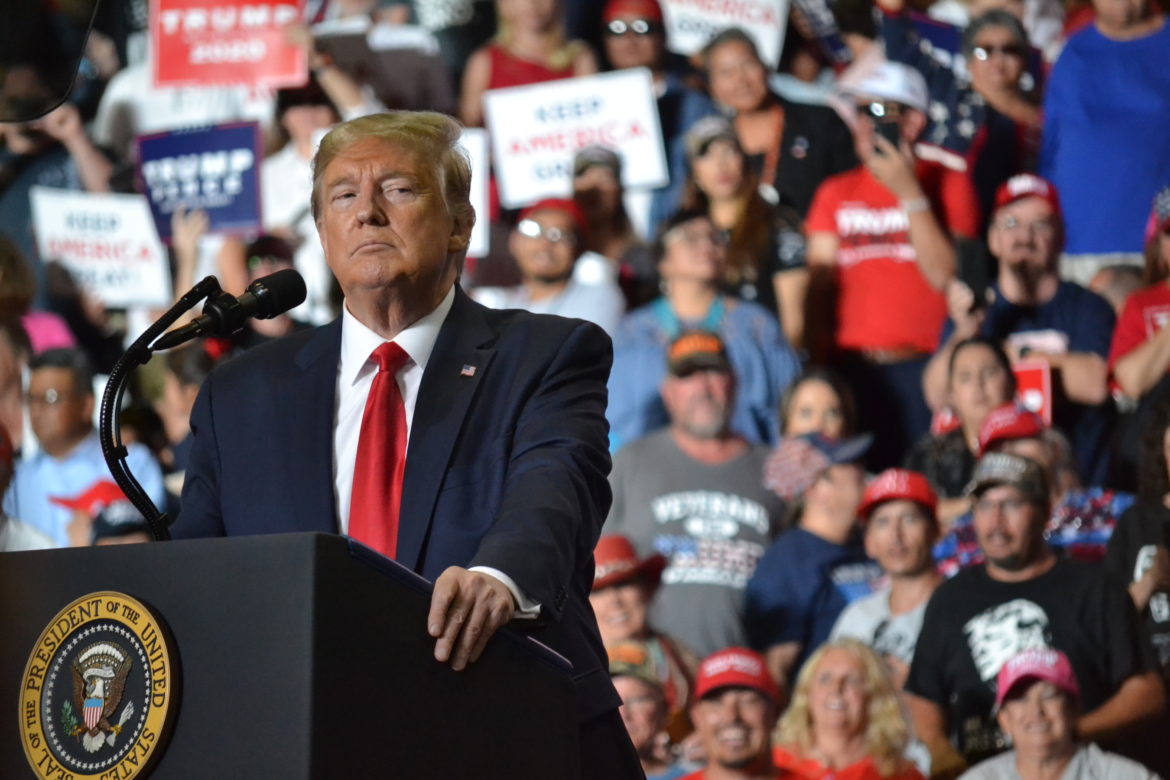 There was optimism in the air and a packed crowd at the Santa Ana Center in Rio Rancho Monday evening to greet President Trump who visited New Mexico for the first time as commander in chief.

Before Trump took the stage, Republican Party Chair Steve Pearce pumped the crowd with the claim that Trump could win New Mexico in 2020, holding up 2016 national election results as evidence.

Without former New Mexico governor and Libertarian candidate Gary Johnson playing the spoiler, “It would have been a two or three point race,” Pearce said of the 2016 presidential election that ushered Trump into the White House.

Johnson won a little more than nine percent of the New Mexico vote in 2016. Pearce argued that without Johnson in the race, Trump would have won about seven percent more than he did in 2016, putting him within striking distance of 50 percent. Instead, Democrat Hillary Clinton won the state with 48 percent of the vote, compared to Trump’s 40 percent.

Many in New Mexico are skeptical of Pearce’s optimism, given the Democratic sweep in 2018 that saw all statewide seats go blue, including Pearce’s formerly safe Republican seat in New Mexico’s 2nd Congressional District.

Still, Trump certainly pulled a crowd at his Rio Rancho rally. The 7,000-seat arena was completely full, including a large crowd on the floor, and there were a couple thousand more people outside watching on a big screen.

What do we know about them? They were #MAGA proud, energetically applauding Trump at every chance.

They were greeted by a small group of approximately 200 protestors, who turned out even though a planned protest was canceled earlier in the day. A statement circulated through social media said the cancellation was due to safety concerns given the remote location.

Here’s what the Trump crowd looked and sounded like:

Bianca Hoops is a New Mexico In Depth academic fellow at the University of New Mexico for the 2019/2020 school year.