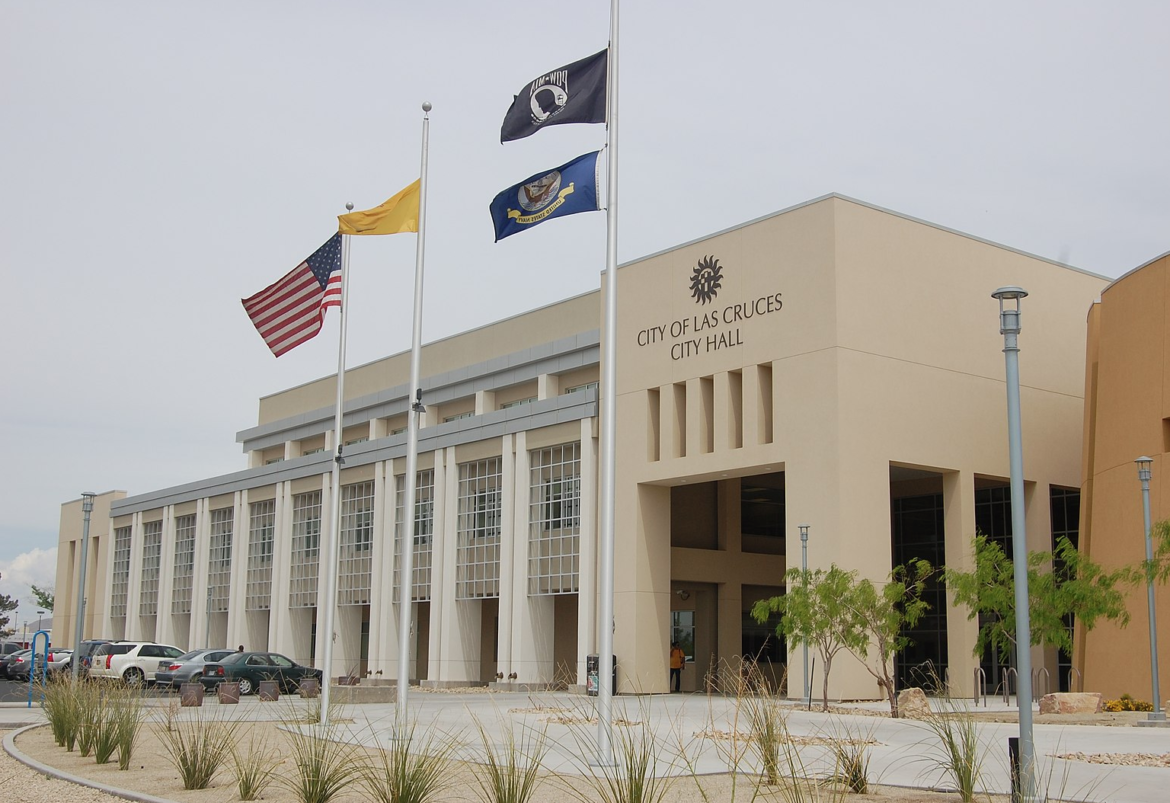 Doña Ana county’s positive COVID-19 cases have jumped into the double digits — now at 13 — the third largest total after Santa Fe and Bernalillo counties. Las Cruces, the largest metropolitan area in Doña Ana county and southern New Mexico, has yet to declare a public emergency, however.

That may change soon.

The city council is scheduled to hold a special meeting tomorrow at 9:30 a.m. to amend the Las Cruces Municipal Code to include a new article giving the mayor additional powers during an emergency. Mayor Ken Miyagishima said without that action, he’s hindered from taking emergency action.

“According to our city attorney, it’s not as clear or as concise as it should be to allow me to [take emergency action],” Miyagishima said in an interview.

Albuquerque Mayor Tim Keller declared a local state of emergency on March 18, when New Mexico was reporting 28 cases statewide. But Keller needed the city council to approve new powers for the mayor.

If passed tomorrow, the ordinance will allow Miyagshima to move forward with emergency actions without getting votes from the city council. These powers include the ability to institute a curfew, restrict public use of streets or highways and take other “reasonable” actions that would harm the “life, property, health, welfare, safety or public peace.” Violation of the restrictions will count as a petty misdemeanor. The meeting will be open to the public and streamed live.

Miyagishima has taken steps short of declaring an emergency. The city has canceled public gatherings and closed a number of city areas, including all sections of the Parks and Recreation Department. This involves city parks, trails, pools and the department’s administrative offices.

The RoadRUNNER Transit and Dial-a-Ride services continue to run within the city, but on a reduced schedule. Transit Administrator Mike Bartholomew on March 20 encouraged people to only use the transportation services for essential trips, such as grocery shopping and work access.

As of March 20, the Doña Ana County Detention Center suspended in-person visits, but is allowing inmates two free 10-minute calls and one 30-minute video visitation per week. This is to minimize contact between people, but still allow inmates to communicate with family.

Gov. Michelle Lujan Grisham announced the closure of all K-12 public schools in the state on March 13. Since then, Las Cruces Public Schools has implemented a breakfast and lunch pickup for students 18 and younger who attend public, private or charter schools in the district. About 20 schools serve as distribution sites for meal pickups on weekdays. A number of community centers will also be included as distribution sites, including Thomas Branigan Memorial Library, Radium Springs Community Resource Center and Preciado Park on the New Mexico State University campus.

LCPS Superintendent Karen Trujillo ordered all playgrounds and sports fields be closed to the public on March 23. Trujillo said school security and the Las Cruces Police Department will patrol the areas to ensure people are following the order. The order was issued after Lujan Grisham announced further restrictions limiting outdoor gatherings to five people.

Nicole Martinez, executive director of the Mesilla Valley Community of Hope, said the homeless shelter is addressing the spread of disease among the homeless population by delivering meals, increasing cleaning measures and implementing more phone calls rather than in-person visits to check-in with housed clients.  They’ve added telehealth options for therapy and assisting with Social Security Disability applications.

But lack of housing poses significant challenges to the need to self-isolate, Martinez said.

“Unfortunately, it is tough for us to find a way to completely quarantine someone who sleeps outside and uses community areas so for now, we are just trying to do whatever we can to slow this virus down, “ Martinez said in an email. “Another thing we are keeping tabs on is if there is an increased need for a response to evictions. … We anticipate people having a difficult time paying rent if they have reduced hours at work.”

In a March 24 press release, the New Mexico congressional delegation announced the U.S. Department of Health and Human Services released emergency grants totaling over $1.17 million to community health centers in New Mexico. Of that total, La Clinica de Familia, Inc. in Las Cruces will receive over $79,000, St. Luke’s Health Care Clinic, Inc. in Las cruces will receive over $51,000 and Ben Archer Health Center, Inc. in Hatch will receive over $118,000. The money will be put toward funding COVID-19 response as well as primary care services that are essential in underserved communities.

The DOH announced that the state reached 112 cases on March 25, with 48 in Bernalillo County, 17 in Santa Fe County, and 13 in Dona Ana County.