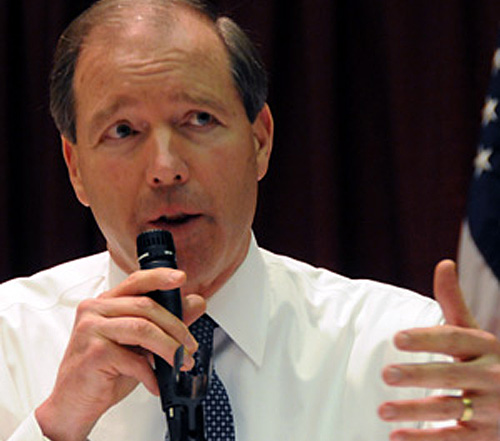 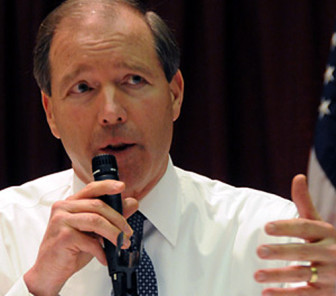 According to the Wesleyan Media Project, only 20 percent of the ads in New Mexico’s governor’s race are positive, while 56 percent are negative. Another 24 percent contrast the two candidates. Only Connecticut and Illinois had more a higher percentage of negative ads than New Mexico, the center reported.

New Mexico In Depth’s analysis of political TV advertising covers contracts filed by traditional TV stations with the Federal Communications Commission through Oct. 31. The analysis doesn’t include cable or satellite networks, which aren’t required to file with the FCC.

And with less than a week to go before Election Day, campaigns and political action committees had contracted for more than 155 hours of air time in New Mexico’s 2014 election season by the last day of October, the date for which the newest information is available.

West Main Street Values signed contracts for $51,300 last week, though a filing with the Federal Elections Commission indicates the group is spending $137,500 to produce and air anti-Udall ads. Those ad contracts may not have been filed by stations as of Friday or they might be airing on cable or satellite programs. The ads target Udall for voting in line with President Barack Obama’s agenda.

The top donor to the PAC is former New York City Mayor Michael Bloomberg, typically known for supporting liberal causes such as gun control. He gave $250,000 to the PAC earlier this year, nearly one-third of its donations.

Some of that money might be paying for ads against Udall, who faces Republican Allen Weh in Tuesday’s race. The group had $281,000 in cash at the end of September, and the anti-Udall ads are the only independent expenditure reported to the Federal Elections commission by West Main Street Values since then.

Udall, however, is continuing to push his advantage in TV ad purchases over Weh, adding nearly $208,000 worth of ads last week, bringing his total ad spending to nearly $2 million.

Weh has spent just more than $1 million on TV ads.

Here’s a look at the biggest spenders in TV ad purchases thus far:

The other new entrant to the TV market last week was Robert Aragon, the Republican candidate for auditor, with two small ad buys totaling nearly $7,000. His Democratic opponent, Tim Keller, went on the air in mid-October and is spending nearly $200,000.

Martinez, meanwhile, continued her dominance in TV ad purchases, having spent more than $3.1 million on TV ads, airing nearly 8,000 ads since going on air in April. Her dominance gives Republicans the edge on the airwaves.