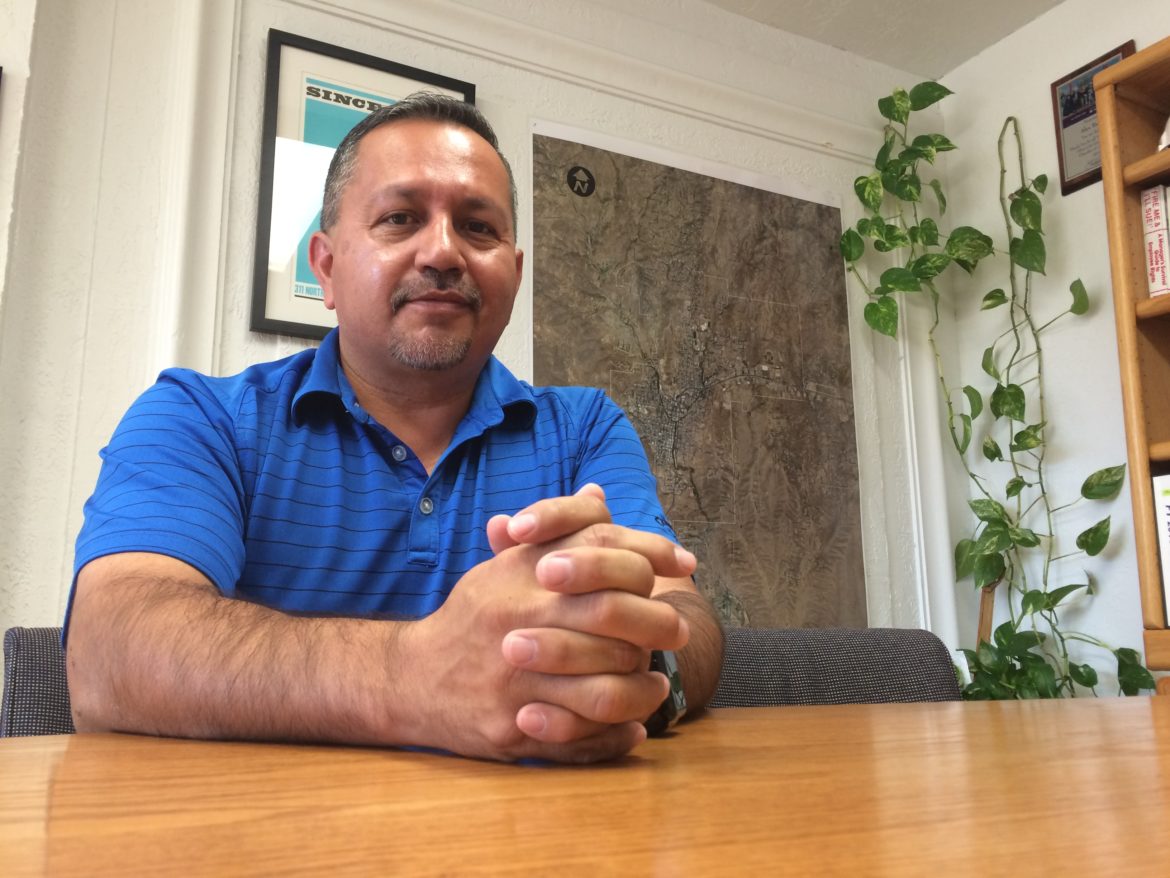 Around Silver City, longtime ranching families share packed dirt roads with eccentric artists. For decades, copper mining dominated the local economy. The Buffalo Bar on the main drag closed a few years ago, but visitors to this southwestern New Mexico town are still as likely to hear the roar of a Harley as see a mountain biker or a dually pickup truck with a shotgun rack.

And even though it’s on the edge of the Mogollon Mountains—and gateway to the Gila Wilderness—Silver City’s still a desert town.

A decade ago, when planners drew up a 40-year water plan for the city, they saw something alarming in the numbers: Under a high growth scenario, the city would be out of water rights by 2022.

That doesn’t mean the city was running out of water, just that its current water rights wouldn’t cover a big bump in population. Wanting in on any “new” water from the Gila River would make sense.

But Grant County’s largest town doesn’t want anything to do with a planned Gila River diversion project. Nor has it signed onto the New Mexico Central Arizona Project Entity (CAP Entity) which will plan, operate, and maintain the diversion meant for Luna, Hidalgo, Catron, and Grant counties.

That means nearly a third of the entire four-county population won’t be accessing water from the proposed Gila diversion.

“We took a stand, that we weren’t going to be involved in the CAP Entity,” says Silver City Town Manager Alex Brown. “We felt that the burden of securing that water was too cost-prohibitive. We didn’t want to take any of that responsibility. We wanted to work on projects we saw progress on.”

Rather than pinning hopes to an expensive—and uncertain—diversion project meant for the four southwestern New Mexico counties, officials forged a different plan for the future.

Brown says that the high growth scenario isn’t the likeliest for Silver City, but the numbers in that 40-year water plan motivated officials to secure new water rights, improve the city’s water infrastructure, and cut waste.

“There’s little or no growth here, so the most cost-effective way to manage water was to focus on conservation first,” says Brown. Silver City’s population is 10,250, and it supplies water to another 7,750 customers in Grant County.

Ten years ago, Brown says the town was pumping only 62 percent of the water it had rights to in its wellfields. That wasn’t because they couldn’t use the water. It was due to capacity and infrastructure issues. And of the water they were pumping, 18 to 22 percent was lost before it ever reached taps. Leaky pipes and out-of-whack meters were largely to blame.

Then, in 2013, the town adopted a water conservation plan. The city also changed how the town billed customers for water. “Under the old rate structure, you got the first 3,000 gallons free, and then it was tiered up,” he says. “So we started, over years, to change the rate structure—because people are more cognizant of their water use if they’re charged for all of it.”

By the end of 2015, says Brown, the city had reduced the amount of groundwater it was pumping—to less than 42 percent of what they owned. They had also cut water losses to eight percent.  “We pushed back large infrastructure costs by years and focused on conservation instead,” he says.

City officials didn’t want water from the Gila diversion project. But they did take advantage of money authorized by the 2004 Arizona Water Settlements Act (AWSA).

With that law, Congress gave the state a choice: Meet water needs in the four counties through conservation, watershed restoration, and increased irrigation efficiency—or build a diversion on the Gila River and receive some additional funding. The New Mexico Interstate Stream Commission (ISC) had 10 years to decide.

Along the way, New Mexico spent federal AWSA money on public meetings, and studies.  It also awarded contracts to cities, nonprofits, and engineering firms to come up with proposals—ranging from diversion and reservoir plans to conservation projects—it would consider when making its final decision in 2014.

During one of those funding rounds, the commission awarded Silver City a $500,000 grant for its water conservation and metering projects. The Grant County Regional Water Plan, which Silver City signed on to, also received an AWSA grant.

Many had hoped that the state would recognize the benefits of conservation over diversion—in terms of finances and actual water yield. Leading up to the commission’s vote, in early 2014 Democratic Sen. Peter Wirth, D-Santa Fe, sponsored a bill in the New Mexico State Legislature directing the ISC to spend the federal money on conservation projects rather than diversion.

The bill didn’t make it out of the Senate Conservation Committee. And in late 2014, commissioners voted to build a diversion on the Gila. Initial plans were for a diversion costing close to a billion dollars to build; now, those plans have been dramatically scaled-back.

Two years later, Wirth is still disappointed by the commission’s vote, especially as diversion plans remain murky and no one’s sure how to fill the gap between the $80 – 100 million in federal money New Mexico will receive and the cost of building and operating the diversion.  As vice-chair of the Senate’s interim committee on water and natural resources, Wirth sees New Mexico’s statewide water—and funding—challenges up close on a regular basis.

“New Mexico could have used that money for non-diversion projects that would have saved a lot of water,” he says. “What a lost opportunity.”

For his part, Brown is confident in Silver City’s water future.

“And it’s not costing a ton of money,” he says. In all, conservation programs cost about $2.7 million, and the Grant County Regional Water Plan will cost about $19 million: “We’re trying to be as fiscally conscious as possible for our residents.”