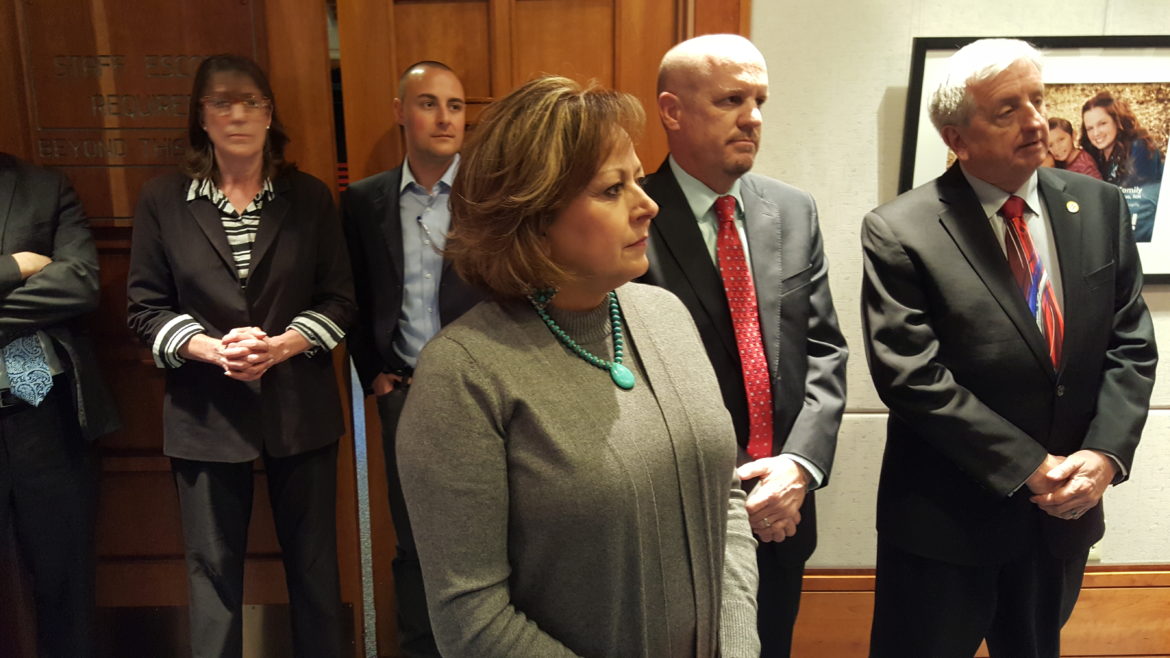 New Mexico lawmakers passed 277 bills in this year’s 2017 session, but Gov. Susana Martinez vetoed more than half of them.

Democrats, particularly Senate Democrats, were the most frequent veto victims.

Here’s a look at the raw numbers by sponsorship:

House Republicans saw 78 percent of the 32 bills they passed become law, the highest success rate. The 28 House bills with bipartisan sponsorship had a success rate of 75 percent. But only 43 percent of House Democrats’ 77 passed bills became law.

Here’s a look at House bills by sponsorship:

Here’s a look at Senate bills by sponsorship:

Among the top 10 lawmakers in terms of numbers of bills, Sen. Gay Kernan, R-Hobbs, saw seven of the nine bills she passed signed.

On the other hand, Senate President Mary Kay Papen, D-Las Cruces, saw only one of her nine bills become law.

Here’s a look at those top 10 lawmakers:

New Mexico In Depth compiled data from the New Mexico Legislature’s website and cross-checked it with the Secretary of State’s enrolled bills, as well as the governor’s office list of actions on Senate and House bills. A downloadable spreadsheet of the data is here.

One significant difference is eight Senate and two House bills are listed by the Legislature as approved, but listed by the governor’s office as vetoed. The Secretary of State also didn’t enroll the bills.

But House and Senate Democrats say Martinez violated the law by not including a message on why she vetoed the bills during the session. They’ve said they’ll challenge those vetoes in court, though no action has been filed.