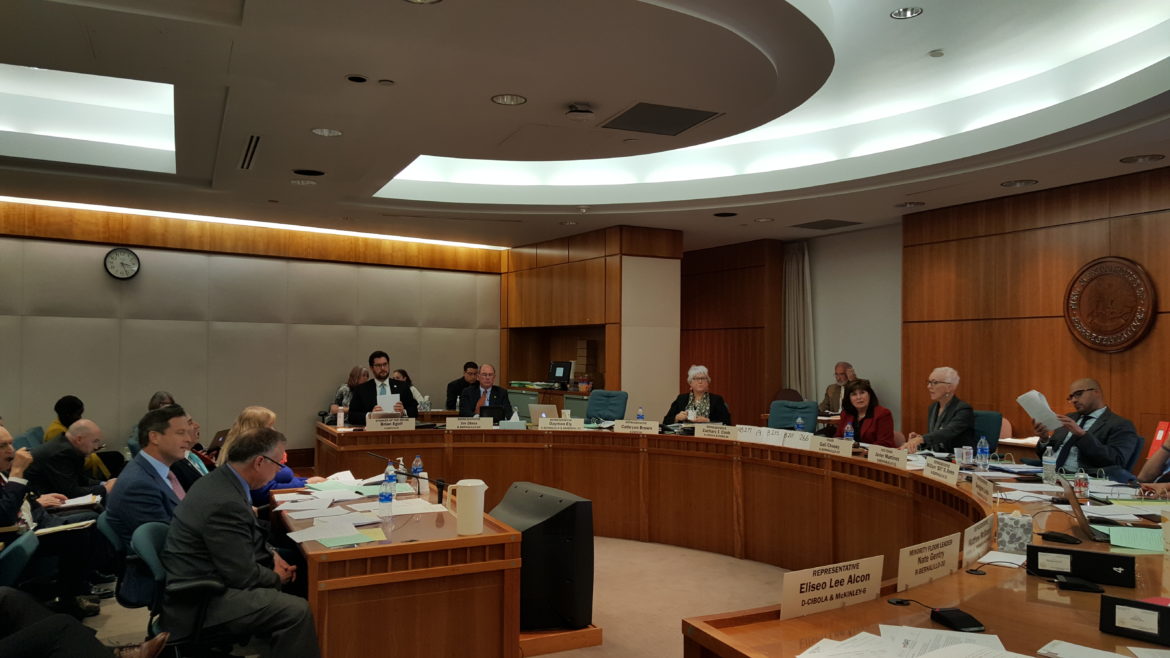 SANTA FE—State lawmakers on Thursday employed a rare procedural move to revive legislation that, it turns out, was only playing possum.

Thursday’s action demonstrated why you can never say a bill is dead and how swiftly state lawmakers can pass a bill when they want.

State lawmakers often speak of the sacredness of the legislative committee process, a check to rash decisions.

However, “dummy” bills can be used as a workaround to that process, which is what happened Thursday.

“Dummy” bills, which New Mexico In Depth wrote about Thursday morning — are quirks of the Legislature. They are usually used to resurrect dead bills or respond to an immediate crisis after the deadline passes for introducing legislation.

Thursday’s drama had to do with a cleanup of a brine well in Carlsbad on the brink of collapse.

The state budget that passed both chambers Wednesday night includes more than $30 million for a cleanup of the cavity, which threatens the lives of a nearby mobile home park inhabitants and crucial infrastructure.

A related “dummy” bill—HB319, introduced by Rep. Nate Gentry—would create an eight-member authority to manage the cleanup looked dead Thursday morning. Sitting in the Senate Conservation Committee it had run out of time for a hearing.

With roughly 45 minutes before the gavel announced the end of the 30-day session, Sen. Majority Leader Peter Wirth of Santa Fe resurrected the bill, pulling it from the committee, chaired by Sen. Joe Cervantes, D-Las Cruces. Wirth then called for a vote on the bill by the entire Senate. Seconds later, the legislation was heading to Gov. Susana Martinez’s desk for her signature, having passed on a 40-0 vote.

There are legislative precedents for similar swift action in the Legislature. In 2013, the Legislature moved a massive tax bill through the House and Senate in about an hour using a dummy bill, provoking howls of protest from critics and transparency advocates.

Thursday’s action didn’t elicit the same reaction this time around. Gov. Susana Martinez was pleased the Legislature passed the allotment of Carlsbad brine well money and a bill to set up the authority.

Cervantes said he notified Wirth on Thursday morning that his committee would not be able to hear the legislation. “We’d have a lot of money without an authority to manage that money at the end of the session,” he said.

When asked in a press conference after the end of the session about the unusual move, Wirth disagreed that it was a rare legislative maneuver. He also said the Legislature had changed the name of “dummy” bills to “emergency” bills.

“Things … quite frankly do come up at the end,” he said. “The Brine Well issue is a great example, tweaks that need to be made at the end.”

Asked if he and other state lawmakers would consider reforming the “dummy” or “emergency” bill process, Wirth said, “I do think we always need to be looking at how we can do things better.”