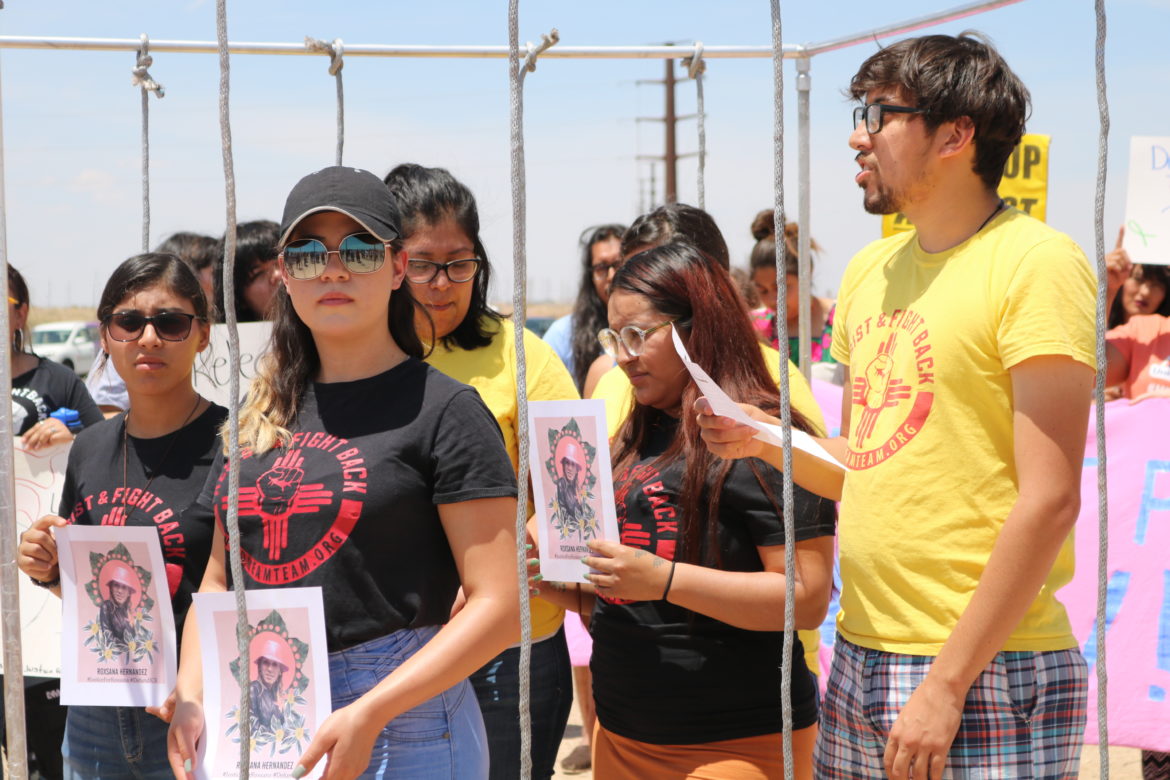 After spending five months locked up inside two different Immigrations and Customs Enforcement (ICE) prisons in New Mexico, Manuel Gonzalez will soon be among the first ICE detainees in the country to have state legislators formally learn about his experience.

On July 16, members of the Legislature’s Courts, Corrections and Justice committee will have the chance to hear from former detainees like Gonzalez, as well as immigrant communities and their advocates.

The committee hearing at the Roundhouse, which will include an hour for public comment,  is intended to educate lawmakers, some of whom hope to start a conversation about whether to exert more state oversight on private prisons in New Mexico that incarcerate immigrants.

A 51-year-old father of six, Gonzalez has lived in the United States for 38 years — decades he’s spent working in New Mexico’s oil and construction industries. As for what compelled plainclothes ICE agents to show up at his home in Roswell and arrest him in June 2017, Gonzalez says he still has no idea. According to his lawyer, Adriel Orozco of the New Mexico Immigrant Law Center, Gonzalez’s detention should never have taken place, given his long languishing application for residency. 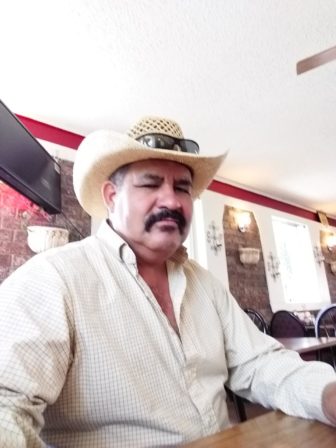 By the time Orozco could secure Gonzalez’s release in November 2017, he had been sent to the Cibola County Correctional Center, owned by private prison giant CoreCivic, and then transferred to the Otero County ICE Processing Center, operated by another for-profit contractor, Management and Training Corporation (MTC).

“It’s like being locked up like a dog in a pound,” Gonzalez tells SFR and New Mexico In Depth through an interpreter. “Life here in New Mexico outside of those centers is really calm,” he continues. “But inside those centers, life is really ugly. Nothing you would ever wish on anyone.”

Between his time at both lock-ups, Gonzalez says guards wouldn’t give detainees water or access to basic medical care; allow them to socialize or use blankets during the day; the cells were kept frigid. For a time, he says, he slept with 22 others in a space meant for 17. He rarely saw the sun, he says. And the nutrition was so poor that, with his diabetes, his hair began to fall out, his legs swelled and his feet went numb.

“All of that is what they should see,” Gonzalez says of New Mexico politicians. “I understand that it’s a prison, or whatever you want to call it. But, one should still be treated as a human being.”

At the upcoming hearing, legislators will focus on the two ICE prisons in New Mexico where immigrants charged with civil violations, like Gonzalez, are detained.

The discussion could broaden at the July hearing and after, particularly given the ever-shifting landscape of the Trump administration’s new “zero tolerance” policy and how it may impact New Mexico.

With people attempting to cross the border recently charged criminally, a number of migrants are being held in other private federal prisons in the state, under the custody of U.S. Marshals Service — including mothers who’ve been separated from their children, as detailed in The New Yorker. Meanwhile, it’s unknown whether new family detention centers could open in New Mexico, where ICE’s Artesia Family Residential Center closed in 2014 amid widespread reports of women and children facing horrendous conditions. 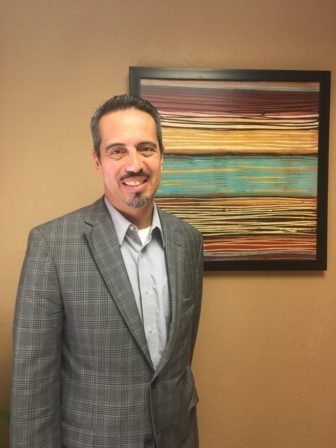 New Mexico State Rep. Antonio “Moe” Maestas has begun pushing for a Legislative Hearing on Cibola and federal prisons in the state to take place in 2018. Photo credit/ Sarah Macaraeg

Spearheaded by state Rep. Antonio “Moe” Maestas, an Albuquerque Democrat, the hearing represents a rare move among politicians at the state level, anywhere in the country, to try to start a discussion about monitoring federal operations in their communities.

In providing a forum at the state level for public comment on local immigrant detention centers and a Q & A between legislators and representatives from CoreCivic, MTC and ICE who are willing to show, the hearing sets a new precedent nationally. What specific oversight measures may come from it are anyone’s guess, but the intent of the Courts, Corrections and Justice interim meetings are to prepare policy makers for upcoming legislative sessions.

The closest analogue comes from California, whose lawyers were recently in court, battling the federal government to maintain the recently-won right of the California Attorney General’s Office to review conditions at all ICE lock-ups in that state.

In contrast in New Mexico, Attorney General Hector Balderas signed off on the $150 million deal that brought CoreCivic’s Cibola prison online as an ICE detention center in late 2016 despite a revelation months earlier that a series of in-custody deaths had occurred there under a previous contract between CoreCivic and the federal Bureau of Prisons.

Maestas has been working to get the hearing on the books for months after reading reports on the Cibola deal and conditions at the Otero County ICE Processing Center.

“To have hundreds or thousands of persons housed within the state of New Mexico that are not under the transparency of local elected officials: That’s not right,” Maestas says. “The chances of human rights violations increase because of the lack of accountability.”

Frontrunner in New Mexico’s race for Governor, U.S. Rep. Michelle Lujan Grisham agrees that state officials should not be hands off when it comes to what she described as ICE’s “draconian enforcement” and “irresponsible governance” that has “incited terror and led to real harm.” Chairwoman of the Congressional Hispanic Caucus, Lujan Grisham, a Democrat, has co-sponsored bills to reunite families and demanded ICE publish its data and that Congress reign in the agency’s funds.

“States can also take decisive measures to hold ICE accountable,” Lujan Grisham writes in an email to the SFR and NMID, citing a range of possible oversight measures. They include legislation limiting the ability of county governments and law enforcement agencies to enter or renew immigrant detention contracts and the creation of a state group to monitor the incarceration of immigrants.

“Even though we’re not federal officials,” says Maestas, “we have the ability to regulate all business within the State of New Mexico. And, we need to know: Who is in what facilities and whether these persons have access to basic human essentials.” 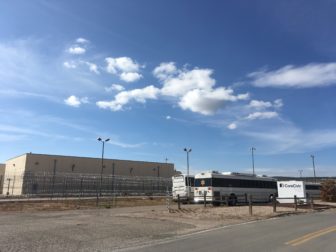 In October 2016, CoreCivic landed a deal to repurpose the Cibola County Correctional Center in New Mexico as a detention center for U.S. Immigrations and Customs Enforcement.

The hearing announcement comes as New Mexico politicians have begun donating campaign contributions from private prison contractors to charitable causes and amid an ongoing scandal surrounding medical care at Cibola.

The American Civil Liberties Union and the New Mexico Immigrant Law Center have just filed a petition seeking the release of an unnamed asylum seeker from the Congo. The man’s lawyers say he’s been detained a year without adequate treatment of his tuberculosis. And in May, news of the death of Roxsana Hernandez, a 33-year-old trans woman who died of HIV-related complications soon after her transfer to Cibola, swept the nation.

Spokespeople for both CoreCivic and MTC emailed that the companies work closely with ICE monitors, whom they say work in full-time, onsite oversight roles at their respective prisons. Regional ICE spokeswoman Leticia Zamarripa did not answer questions about how many monitors are at each site; if those monitors are accessible to detainees and whether they speak Spanish.

However, two immigration lawyers from separate organizations, who each visit Cibola regularly say that aside from one to two officials who are dedicated to the transgender pod, there is no regular ICE presence, in a monitoring capacity or otherwise. Guards are employed by CoreCivic, as are the wardens.

CoreCivic, a company valued at $4 billion, did not answer whether it would welcome state oversight. MTC asserted it would “welcome the opportunity to show how we accomplish our mission” — via site visits scheduled with ICE.

In an unscheduled audit of the Otero ICE lock-up in 2017, the Department of Homeland Security’s Office of Inspector General found unsanitary conditions and the unjustified use of solitary confinement. The findings overlap with broader patterns of abuse allegations dating back to a 2011 ACLU report, entailing mistreatment by guards and deficient food and medical care. Two Otero detainees are among a list of 172 deaths in custody, between 2003 and 2017, disclosed by ICE.

The separation of families, newly riveting the nation, is another hallmark of ICE’s longstanding New Mexico operations, says Orozco, the lawyer who represented Manuel Gonzalez.

“The system has already been set up to separate families,” he says. Over the last year, Orozco says, children of incarcerated undocumented immigrants have submitted letters to judges, distraught at the disappearance of their parents. A 3-year-old child wrote one.

In addition to its human cost, immigrant detention has become a multi-million dollar business in New Mexico. At Otero, documents from the first quarter of 2017 show that MTC charges $77 per detainee per day, ringing up between $1.8 and $2.1 million monthly. And, according to a review of Cibola contracting documents from January 2017, the federal government pays CoreCivic $2.5 million per month to house anywhere between zero and 848 detainees at the prison — after the county takes a 50 cent cut per detainee per day.

“It’s simply an inhumane industry that is profiting off of people who are looking for safety,” says Isaac De Luna, political director of the NM Dream Team, a local chapter of the national United We Dream organization of young immigrants. “There’s a better way of stimulating our economy than through the suffering of others.”

De Luna thinks the upcoming hearing on private immigrant detention will be an important first step. “It’s long overdue,” he says. “This is going to be a key moment where our families are going to be able to tell elected officials in our state: This is not a national security issue. This is directly attacking families.”

The hearing will take place Monday, July 16th in Room 307 of the State Capitol building in Santa Fe from 1-4 pm. A full agenda will be posted on the committee’s website two weeks prior.

Paula Bui contributed interpretation to this report, which was produced in collaboration with the Santa Fe Reporter, a NMID partner

Editor’s note: An earlier version of this story said the Attorney General’s office did not respond to a request for comment. After the story’s original publication, the office sent an emailed statement.