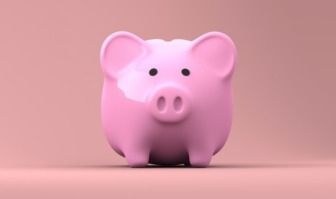 A bill requiring full disclosure of lobbyist expenditures is heading to the governor’s desk after being fast-tracked through the Legislature as part of the “rocket docket,” a set of bills prioritized after gaining legislative approval in previous sessions only to be vetoed by former governor Susana Martinez.

Meanwhile, lobbyists or their employers have already reported spending almost $90,000 during the session.

SB 191 fixes a mistake made by legislators in 2016 when they inadvertently got rid of a requirement that lobbyists and their employers report a total of smaller lobbying expenses. Transparency advocates characterized it as a step backward in an ongoing effort to create more transparent government.

If Gov. Michelle Lujan Grisham signs the bill, which she has indicated she will, all expenditures will have to be reported in the future, including the total of individual expenses under $100. Current law requires lobbyists to report expenses above $100 individually.

While passage of the bill is a victory for transparency advocates, it simply returns lobbyists to a level of public disclosure that existed prior to 2016. And lobbyist reports are still generally opaque.

The amounts spent are reported, but unless a lobbyist takes the initiative to list who they spend money on, the public doesn’t know who is being wined and dined.

That information isn’t required. Nor is disclosing what legislation lobbyists may be urging legislators to vote for or against. Meanwhile, people, nonprofits, unions and companies that employ lobbyists don’t have to publicly report what they spend annually on lobbying salaries.

Since the Legislature convened on Jan. 16, at least $86,420 has been spent lobbying lawmakers. The amount is most likely much larger because during the session, lobbyists are only required to report expenditures above $500.

Here’s what we know, and don’t know, about that spending.

A big chunk — $27,250 — is for ski passes to Santa Fe Ski, spending that shows up regularly year after year.

Louisiana Energy Services spent $1,901 taking a set of Republican lawmakers and their guests to dinner at the Inn of the Anasazi on Jan. 22. The lawmakers were Reps. Cathrynn Brown of Carlsbad, Tim Lewis of Rio Rancho, Bill Rehm of Albuquerque, Larry Scott of Hobbs, and Sens. Ron Griggs of Alamogordo, Gay Kernan of Hobbs, Stuart Ingle of Portales, and Gregg Fulfer of Jal. LES didn’t disclose issues or legislation that may have been discussed, but disclosure of who the company treated to dinner is more than is required by New Mexico law.

All the rest of that $86,420 was spent on dinners and receptions for undisclosed recipients, other than in a couple of instances specifying that Lujan Grisham or all legislators and others in the executive branch were invited. The public is in the dark about who those recipients are or what legislation may have been discussed.

Here are the lobbyist expenditures reported since the legislative session began: