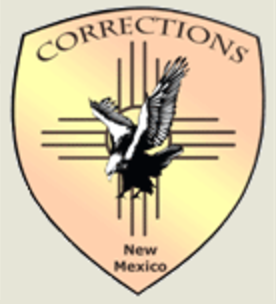 House and Senate lawmakers are pushing identical proposals that would abolish solitary confinement for pregnant women and children and steeply curtail its use on people living with mental illness in New Mexico’s jails and prisons.

If passed into law, supporters say either bill would provide a statutory definition for “isolated confinement” in the state and much needed transparency on the scope of the controversial practice of leaving inmates alone in their cells for 22 hours a day or more with little to no contact with others and few opportunities to participate in educational or rehabilitative programs.

“Right now, we do not know on any given day if it’s 100 or 1,000 people in isolated confinement in the state of New Mexico,” Rep. Antonio “Moe” Maestas, the Democratic sponsor of HB175, said. “Once we have some data, we can have confidence that the Corrections Department and the counties are scaling back the use of solitary confinement.”

Numerous studies, including one by the advocacy group Disability Rights Washington, have shown that isolation in a prison cell can exacerbate existing mental illnesses and create new ones where none existed before. The United Nations and the American Academy of Child and Adolescent Psychiatry have argued that solitary confinement is particularly dangerous for children, whose brains are still developing, and condemned its use.

New Mexico has a troubled history with solitary confinement. Numerous cases brought by children and people suffering from symptoms of mental illness have settled for hundreds of thousands — and in some cases millions — of dollars after they were subjected to harsh conditions in isolation.

Both bills — HB175 and SB185 — sailed through their respective chambers’ public affairs committees, with just one dissenting vote by Sen. Stuart Ingle, the Republican minority floor leader from Portales.

“This is a small request, a partial measure we badly need to stop some of these practices around solitary confinement in the state,” Matthew Coyte, president of the New Mexico Criminal Defense Lawyers’ Association and one of the bills’ authors, said in an interview. “Passing this should be uncontroversial.”

Early opposition came from county officials and the state’s corrections officers, who argued that completely eliminating solitary confinement, even for children and mentally ill inmates, would strip a valuable tool used to maintain order and safety in jails and prisons. Sponsors amended the bills to allow up to 48 hours of isolation for people living with mental illness in situations that involve “imminent threat of physical harm to the inmate or another person.”

The change garnered the support of the union that represents prison and jail guards, though some corrections officers who spoke to NMID remain concerned about how to deal with violent inmates once they’re released after 48 hours.

“Sometimes we get a mentally ill inmate who isn’t cooled off after 48 hours or doesn’t want to leave” isolation,” Sgt. Daniel Solis of the Santa Fe County Adult Detention Center said in an interview. “So we’re going to create a potential use-of-force situation? I’m not sure that’s going to work. But the bigger issue is that the courts system is broken for the mentally ill: jails end up housing far more of these people than they should.”

The debate heads this week to the House and Senate judiciary committees. It comes at a time when several states have outlawed or limited the use of solitary confinement, particularly for juveniles and severely mentally ill inmates. They include California, North Carolina, Oregon, Indiana, Nebraska and the federal government, all of which have scaled back solitary in the past 14 months.

Legislators will be at a disadvantage discussing the breadth of solitary confinement in New Mexico.

A fiscal impact report attached to HB175 shows the state Corrections Department housed 465 people, or 6.5 percent of the state’s prison population, in some form of “segregation” in January 2016. The report did not say how many of those inmates had a mental health diagnosis. A spokesman for the department did not respond to NMID’s request for a current figure; lawmakers and advocates say they’ve had trouble getting a count, as well.

Similarly, there are no statewide statistics that show how many people are held in isolated confinement inside county adult and juvenile jails — let alone how many of them are children or living with mental illness.

A spokesman for the state Children Youth and Families Department told NMID the agency has a policy against the use of solitary in its youth lock-ups, where children are sent after sentencing. But CYFD is supposed to oversee the state’s juvenile county jails, where children are sent before adjudication, and the spokesman did not respond to questions about whether the agency tracks the use of solitary confinement in those jails.

State and county officials say there are no pregnant women in solitary confinement in New Mexico.

“Hopefully, that’s the case,” said Coyte, the criminal defense lawyer. “The reporting section in the bill would reveal that. Right now, there’s no way to tell.”

The House and Senate measures would require quarterly reports from jails and prisons to the county commissions and the Legislature, respectively, showing the demographic information for all inmates placed in solitary, how long they spent isolated and the reasons for it.

“In some ways, that could be seen as the most important provision in the bill,” said Steve Allen, policy director for the American Civil Liberties Director of New Mexico. “We know solitary is being abused, but however much it’s happening, this is a public safety issue: Humans are social creatures, and being isolated like that can worsen or create serious mental health problems. These people at some point are going to be released into the public, or at least back into general population.”

Sponsored by Maestas in the House and Sen. Mary Kay Papen, D-Las Cruces in the other chamber, the bills also would create a second transparency requirement: that all private prisons operating in the state report every three months to county commissions and the Legislature how much money they have paid to settle claims brought by inmates and former inmates.