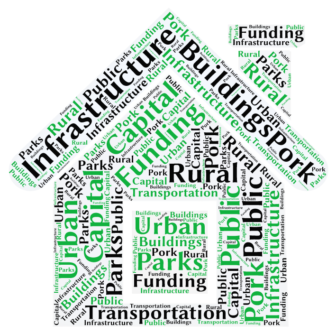 Forty years of pork-barrel infrastructure funding would end under a bill introduced Monday.

Instead of individual legislators handing out small sums of bond money for everything from musical instruments and zoo animals to public buildings and water projects, Senate Bill 262 would create an 18-member legislative committee to vet, rank and recommend projects for funding.

New Mexico is the only state in the nation that allows individual lawmakers to earmark infrastructure projects for funding.

If SB 262 prevails, local governments would be required to request funding by July 1 each year, and the interim public works committee would then work through the requests. The committee, with an equal number of House and Senate members, would make recommendations on which projects to fund at the next legislative session.

Non-partisan think tank Think New Mexico is advocating the bill, which differs substantially from a proposal last year to create a non-legislative committee of experts to make infrastructure funding recommendations.

Another proposal by Rep. Daymon Ely, D-Corrales, would create an interim committee to study the capital outlay process. It will be taken up in a House committee Wednesday.

Reforming the process would get more money into the economy, ensure it is spent and create more jobs, said Fred Nathan, executive director of Think New Mexico.

“Right now the bill is put together in private without any public scrutiny,” Nathan said. “That will now change with the legislative oversight committee. It makes the system more merit-based instead of using a political formula.

And, he said, “It will get money that is currently sitting idle on the sidelines to be put back in the economy. Currently there’s not a lot of vetting of these projects.”

The measure limits what type of projects would qualify for funding, eliminating items that wouldn’t outlive the life of the bond issue. It would require at least 50 percent of funding to go to state-owned projects.

“Ever since I was a freshman … to get a definition of what capital outlay was and what it’s used for has always been ambiguous,” said Rep. Kelly Fajardo, R-Belen, one of the bill sponsors. “In my district we tend to use it for infrastructure. In other districts we’re buying mats and gym equipment. One of the big things for me is to make sure we have a definition of what capital outlay is used for.”

But not everyone is warming to the new proposal.

“It disadvantages small communities,” said Rep. Matthew McQueen, D-Galisteo. “If you’re having a layered bureaucracy, you got to do the paperwork, you got to show up at a committee hearing, who knows where they’re going to have those. I represent small communities and they don’t have those kind of resources.”

Fajardo said she understands that concern. She said she’ll be open to ideas to address it.

“Maybe we need to make sure that we have an equal amount of rural plus urban legislators sitting on the committee,” she said.

Think New Mexico traced the current earmarking system for lawmakers back to 1977. It evolved over the years, originally favoring legislative leaders. The current system divides a portion of available infrastructure money between the House and Senate, with members in each chamber receiving equal allocations to distribute.

But it’s virtually impossible to know how projects make it into the final bill. And what specific projects lawmakers fund is kept confidential. Other bills this session, including one by McQueen, are aimed at revealing funding by lawmaker.

But Nathan said that would no longer be necessary if a new system is adopted. He billed the measure as a way to address some of the pressing concerns lawmakers are dealing with.

“A lot of legislators are looking for a third way,” Nathan said. “They’ve got a terrible budget situation they’re having to decide between raising taxes or cutting spending further. The third way is to adopt policies that will grow jobs and grow the economy. They know we need bills that will generate jobs.”