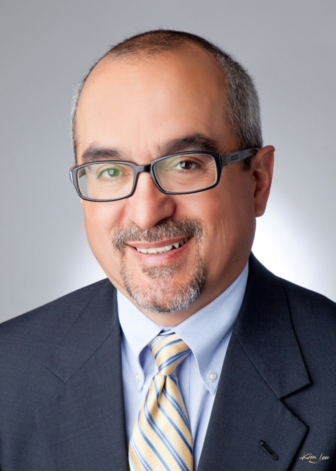 While New Mexico is one of the most beautiful places on the planet, not all of our treasures are as visible as our golden landscape. Below our state’s sunny surface lie abundant natural mineral resources. The extraction of these resources—particularly crude oil and natural gas—have long helped the state provide essential services like education, health care, and public safety, which bolster our economy and improve our quality of life.

Prices for crude oil and natural gas have always fluctuated wildly and always will. They are traded in a global marketplace over which we have no control. That’s why the stewards of the state’s public coffers have long relied on more than just energy-related sources of tax revenue—namely personal and corporate income taxes and the broad-based gross receipts tax (GRT). That stewardship has changed over the past decade or so and big cuts in income taxes and countless exemptions in the GRT have made the state too reliant on revenue from oil and gas. This is a recipe for disaster. That disaster struck about a year ago when oil prices once again tanked and it continues today as prices stay low.

Lawmakers always have a reason for enacting tax cuts. With the personal income tax cuts for the highest-income earners in 2003 and the corporate income tax cuts in 2013, that reason, ostensibly, was to create jobs. The various exemptions and deductions from the GRT that have been enacted over the years were done to give specific industries special tax treatment. Sometimes this is done to help a nascent industry—such as renewable energy—to grow. Sometimes the reasons are far less clear.

One thing, however, is crystal clear: the tax-cuts-for-jobs paradigm of trickle-down economics has been a massive failure. Tax cuts don’t create jobs for a number of reasons, but key among them is that taxes are generally a very small percentage of a business’ costs.

Despite the fact that trickle-down economics (or as one New Mexico legislator calls is, ‘faith-based economics’) has been soundly disproven, several states—New Mexico included—have continued to pursue it to disastrous effect. Kansas, which enacted even broader and deeper tax cuts than New Mexico, has had to slash education spending. New Mexico is not only broke, but we’ve busted the state’s piggy bank and spent all of our savings too.

The problem is, when we enact huge tax cuts the state then has less money to pay for the things that we all—our businesses included—rely upon, such as infrastructure, education, health care, and public safety, to name a few.

We know what creates jobs: investments in our communities in the form of basic infrastructure, education and worker training that result in well-educated workers who are also customers with discretionary income to spend. When we try to make those investments on the cheap, we damage our economy and our quality of life. We can dangle low tax rates in front of businesses that we hope will relocate or expand here, but if we can’t offer them two basics that they absolutely cannot do without—workers and customers—then companies will continue to go to states that can. Meanwhile, our home-grown businesses will continue to struggle, our workers and their families will suffer, and our future will look increasingly dim.

James Jimenez is executive director for New Mexico Voices for Children (NM Voices). The views in this column are the author’s alone and do not reflect the views or opinions of New Mexico In Depth. The column originally appeared in New Mexico In Depth’s 2017 Legislative Special Edition.