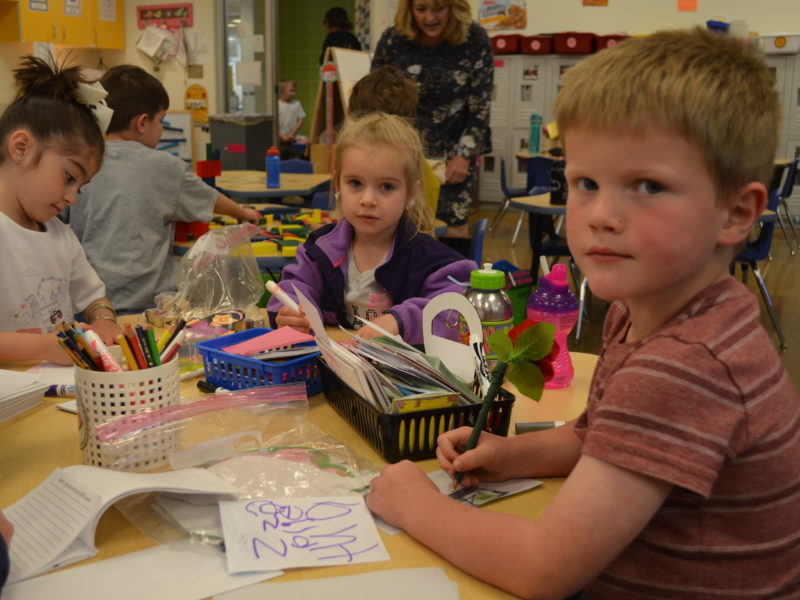 If you’ve been following the efforts to build early childhood education in New Mexico over the past few years, a recently released report about a statewide needs assessment won’t hold a lot of surprises. There were the usual issues of low wages and high turnover, poor coordination among early childhood programs, lack of dependable funding and the need for higher-quality programs and greater access across every region of the state.

The New Mexico Early Childhood Development Partnership, out of United Way of Santa Fe, is in charge of a planning process for the Early Childhood Education and Care Department, with the mandate to complete a needs assessment and help put together a strategic plan for the new agency. It’s conducted a monthslong trek through the state to gather feedback.

There were, however, a couple of interesting takeaways. NMID recently published a story on poor wages for early childhood workers and teachers, and a workforce survey produced for the partnership really put some meat on those bones.

One striking data point from the workforce survey is that a large number of high-level workers in early childhood education make less than $30,000 a year. 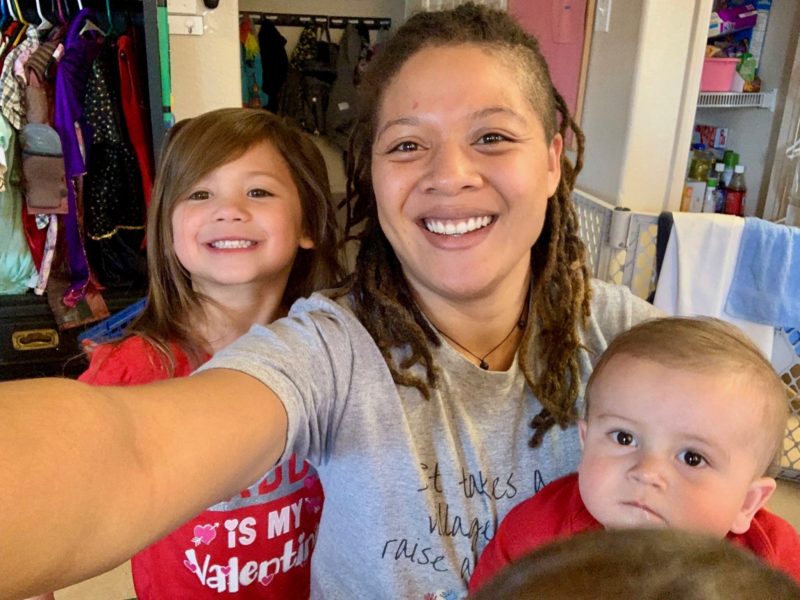 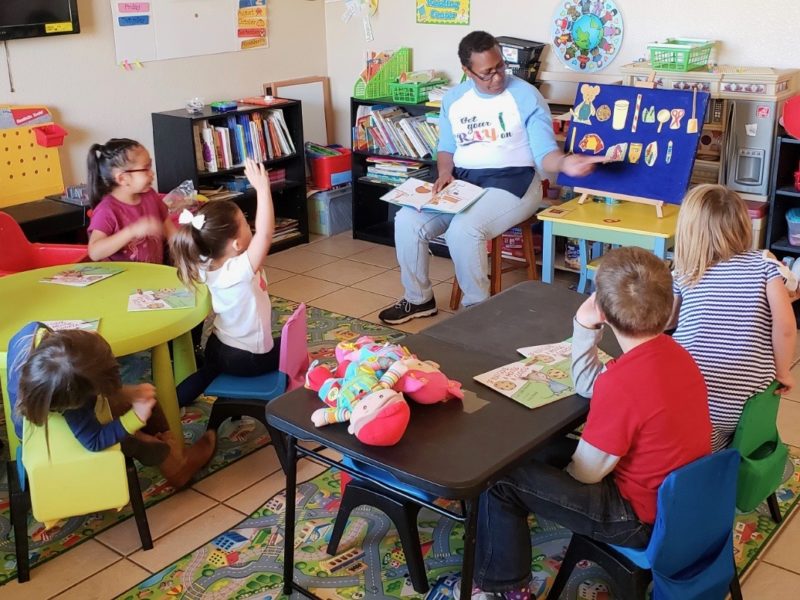 What is high quality childcare? 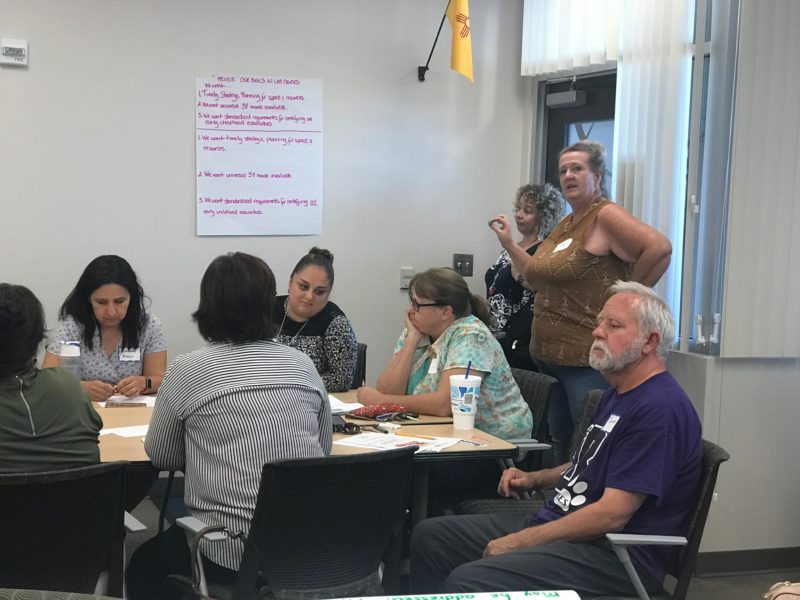 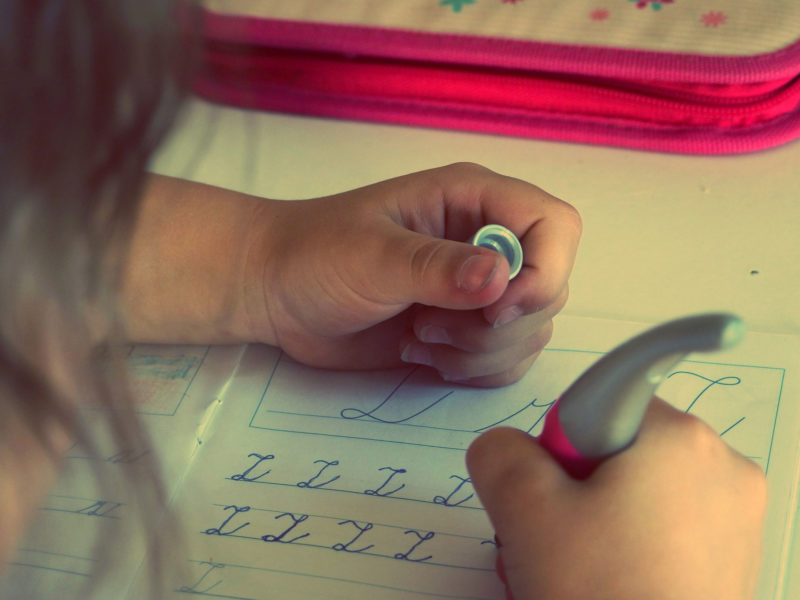 A proposed early childhood department got its start-up funding cut in half and even its name was reconsidered, but it survived the sausage making in the Senate Rules Committee on Wednesday morning, earning a unanimous vote to move on to the next legislative committee. The biggest bone of contention in the hearing over SB 22 was ensuring how the Public Education Department would apply for funding for its New Mexico PreK slots from a new Early Childhood Education and Care Department. The version that finally exited the Rules committee was v9.0. We’ll link to that when the Legislature’s website uploads the marked up bill. If you want to get a little sense of the tick-tock of the hearing, check out this tweet thread.

Preschool teacher Brittany Polanco does an evaluation of a student at Alpha School in Las Cruces for
the New Mexico Pre-K program. Most government safety net programs like welfare, Medicaid and food stamps have a “cliff effect.” It’s when someone gets a raise at work that makes them ineligible for financial help from the government, and they lose benefits that are more valuable than that bump in salary. Most benefit cliffs are fairly small, but the one for child care assistance in New Mexico looks like Wile E. Coyote just chased the Roadrunner off a mesa. Advocates for working families are hoping to change that financial cliff in child care assistance into a glide path for parents who are working toward financial security. New Mexico Voices for Children said its data shows that nine out of 10 people who get help with childcare costs from the Children Youth and Families Department are single parents with two kids.

Gov. Michelle Lujan Grisham is proposing $60 million more this year for early childhood education — part of a five-year plan to make access to preschool in New Mexico available to all 3- and 4-year-olds. Legislation has been introduced that expands the prekindergarten program in public schools and adds preschool classrooms to the school building fund. With a $1.1 billion surplus to ease financial pressures, both the governor and Legislature are proposing a huge boost in dollars meant for public schools. Given all that, does it still make sense to pursue the long-fought goal to tap the $17.5 billion Land Grant Permanent Fund to help pay for early childhood education in New Mexico? The governor, for one, says yes.