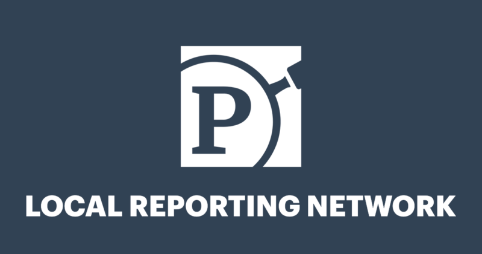 New Mexico In Depth has been selected to join a high-impact national network focused on local investigative reporting in 2020.

The New York based news organization will fund and lend its expertise to a year-long investigative reporting project by Albuquerque-based reporter Bryant Furlow focused on health care in New Mexico.

Bryant Furlow is known for reporting that leads to change.

His reporting has exposed off-label sedation of jail inmates with prescription drug cocktails, embezzlements, and lax oversight by the state’s insurance regulators — reporting that prompted new state legislation on insurance rate-setting transparency. With New Mexico In Depth, he detailed how the state’s freeze on Medicaid payments to the state’s largest behavioral health providers disrupted drug treatment and mental health services for children and adults across the state. He’s authored hundreds of health care and medical research news stories for medical journals, including The Lancet journals’ news desks, where his recent reporting has spotlighted neonatal opioid withdrawal syndrome, vaping injuries, the seizure by the US Border Patrol of children’s medications and volunteer health care efforts at migrant shelters along the U.S./Mexico border. The ProPublica Local Reporting Network was launched in 2018, and with the addition of New Mexico In Depth and 12 other news organizations around the country, now numbers 20 projects. In addition to funding a full-time investigative reporter for one year, ProPublica senior editors will collaborate with Furlow, and the organization will lend their expertise with data, research, and community engagement.

New Mexico In Depth regularly seeks to collaborate with both national and local news organizations to bring resources, new skills, and more journalism to New Mexico communities, where investigative reporting is in short supply.

A free press is not the enemy of the people

We’re so proud of the work our friend and former colleague Sandra Fish did for New Mexico In Depth, including the Openness Project, a special website at opennessproject.com that made it easier for New Mexico voters to follow the money in elections. She was honored for that work by another great organization that works for government transparency here, the New Mexico Foundation for Open Government.

Teaming up with Reveal from the Center for Investigative Reporting last fall, New Mexico In Depth told the story of one man’s journey through New Mexico’s bail system. Tom Chudzinski, a former architect, spent more than 30 days in the Bernalillo County Metropolitan Detention Center because he didn’t have enough money to afford bail.

A look back at 2015 and journalism from NMID

2015 was a brow-raiser for us here at NMID. And we’re not easily impressed.

Last week New Mexico In Depth published a series about a crisis happening in plain sight– the frequency with which Native American youth in New Mexico are dying by their own hands.

The rate is more than twice as high as in other ethnicities or populations — a stunning statistic.

Given the significance and seriousness of the issue, the subject might as well not exist for many New Mexicans. New Mexico media seldom reports on it for various reasons, including many outlets’ struggle to do more with less in an era of downsizing. More importantly, the subject seems to rarely break through the haze of competing priorities each year in Santa Fe as the state’s 112 lawmakers convene to deliberate on the state’s most pressing issues.

Judging from reader response, however, our series touched a nerve.

New Mexico In Depth collected several awards over the weekend, including three first-place finishes, at the 2015 Top of the Rockies contest.

This news gives us a skip in our step

Last week the IRS informed New Mexico In Depth that it is now exempt from federal income tax under section 501(c)(3). That means we can take tax-deductible donations directly.