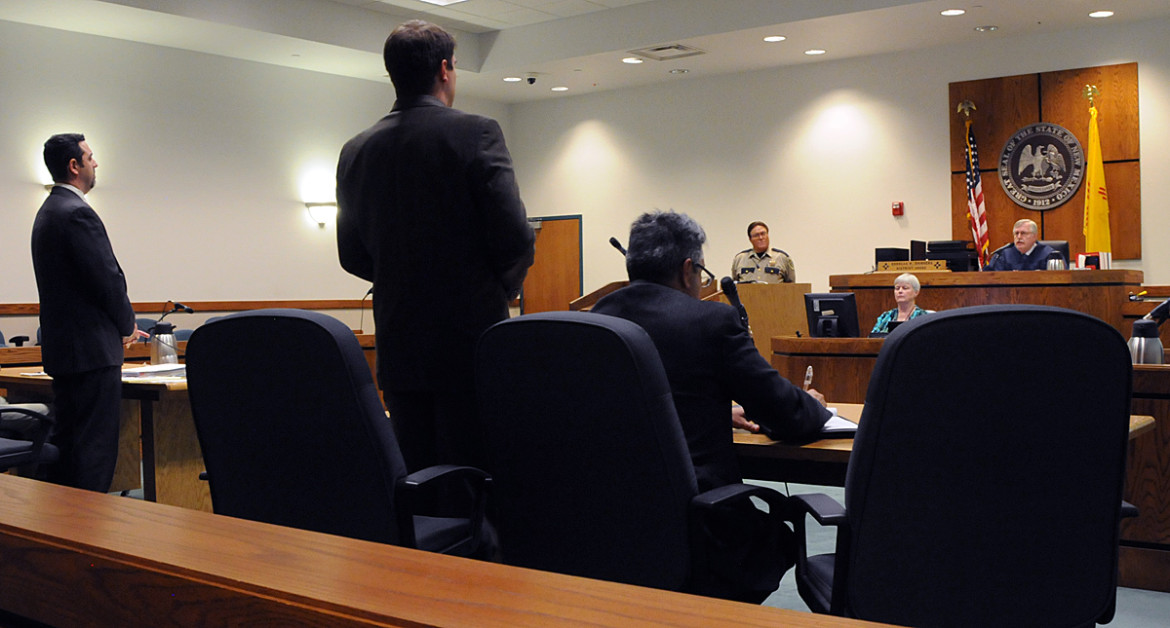 But 3rd Judicial District Chief Judge Douglas R. Driggers left open the possibility of reconsidering his ruling in six months if the audit is still secret. And the attorney for the two news organizations seeking release of the audit said after Thursday’s hearing that an appeal is possible, but no determination has been made.

The two news organizations, the Las Cruces Sun-News and New Mexico In Depth, sued HSD earlier this year. They sought release of the complete audit after agency officials, armed with the audit’s findings, froze Medicaid payments in June to the 15 organizations, including three in Las Cruces. The organizations served about 30,000 New Mexicans across the state through services such as drug abuse and suicide counseling.

In addition to suspending Medicaid payments to the organizations, HSD forwarded the audit’s findings to the state attorney general and the U.S. Attorney’s Office for criminal investigation.

Though the state has refused to release the complete audit, the AG released a heavily redacted section of the nearly 400-page document last month.

There have been reports of service interruptions while the state has worked to bring in new organizations to replace many of the audited firms. Most of the 15 audited firms have closed their doors.

The state Attorney General’s Office, which represents HSD in the matter, argued during the hearing that the audit falls under a law enforcement exception to the Inspection of Public Records Act (IPRA), which pushes many state records into public view.

The news organizations’ attorney, C.J. McElhinney, argued that the audit was not exempt because HSD not a law enforcement agency. Further, he argued, HSD did not mention that the audit could be used in a criminal investigation in its contract with the Boston-based firm that audited the 15 organizations.

“The content is protected by the exception,” said assistant attorney general Scott Fuqua at Thursday’s hearing. “Not who holds or who generated it.”

Two state investigators testified at the hearing, saying the release of the audit could undermine months of investigative work.

Jody Curran, who oversees Medicaid fraud investigations for the attorney general, and Santiago Baca, who works in computer forensics for the attorney general, testified about two main concerns. First, that releasing the full audit could expose potentially impressionable witnesses to threats, including clients of the health agencies who could be identified by information in the audit. And second, officials from those shuttered health-care providers could have a blueprint for covering their tracks through paperwork.

During cross-examination, Curran testified that most of the audit does not reveal “obvious fraud,” but said it has been valuable to investigators because it led them to whistleblowers they otherwise would not have discovered.

At the end of the hearing, Driggers sided with the AG, saying the audit was protected by the law enforcement exemption, which covers “confidential sources, methods, information, or individuals accused but not charged with a crime,” according to statute.

Driggers was a long-time prosecutor before becoming judge.

Driggers also said he would revisit the case with another hearing in six months to determine if HSD is still justified in withholding the audit, if the news organizations want such a hearing. Driggers said government transparency is the “fabric of our democracy.”

Driggers also ordered HSD to pay partial attorney fees to the news organizations after McElhinney argued that the Oct. 21 release of a portion of the audit, months after the news organizations requested it, amounted to an admission that those pages did not fall under the law enforcement exception and should have been released earlier. But Driggers denied a request for damages of $100 per day – a fine allowed by IPRA in some cases.

In a related dispute, a Santa Fe judge said this week she would review the audit to determine whether more of it could be released publicly. In that case a sunshine group, the New Mexico Foundation for Open Government, has sued the AG and HSD for release of the audit.

James Staley is a reporter at the Las Cruces Sun-News.