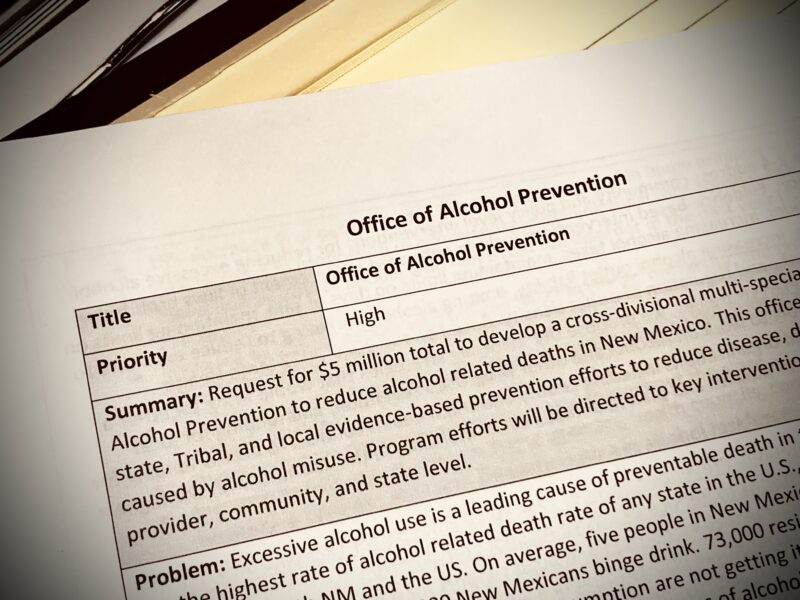 The New Mexico Department of Health has asked the legislature for $5 million to build an Office of Alcohol Prevention, which would expand the staff focused on reducing excess drinking from a single epidemiologist to a team of 13. If created, the office would represent a significant increase in resources and personnel focused on the state’s epidemic of alcohol-related deaths, by an agency long cowed into inaction against the challenge. But some experts who reviewed an internal description of the proposed office, which New Mexico In Depth obtained by public records request, said the plan was not bold enough to meet the crisis. Tim Naimi, who directs the Canadian Institute for Substance Use Research at the University of Victoria, said that to reverse the state’s climbing death rate would require sustained strategies that influence drinking by everyone in the state, not just those who have already developed serious problems with alcohol. But he said the activities highlighted in the plan were redundant with existing practices and lacked focus and resolve. 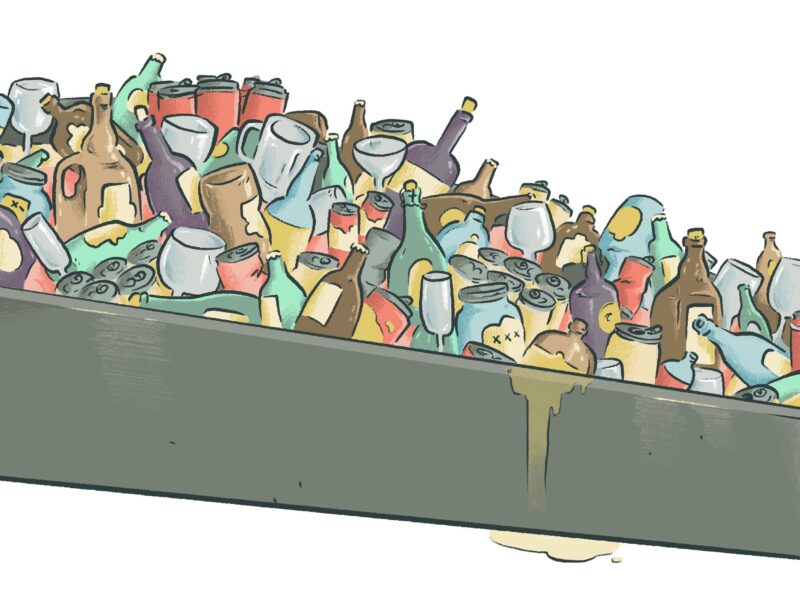 Deaths due to drinking rose sharply in 2021 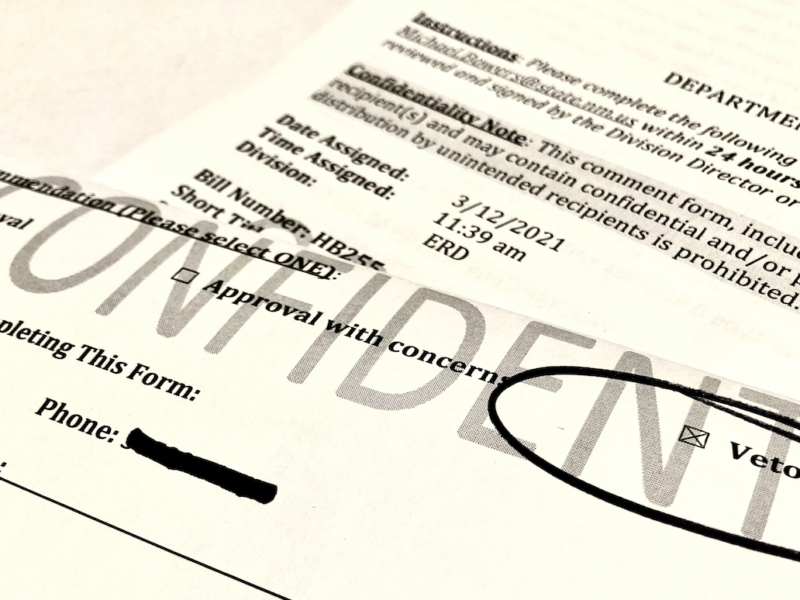 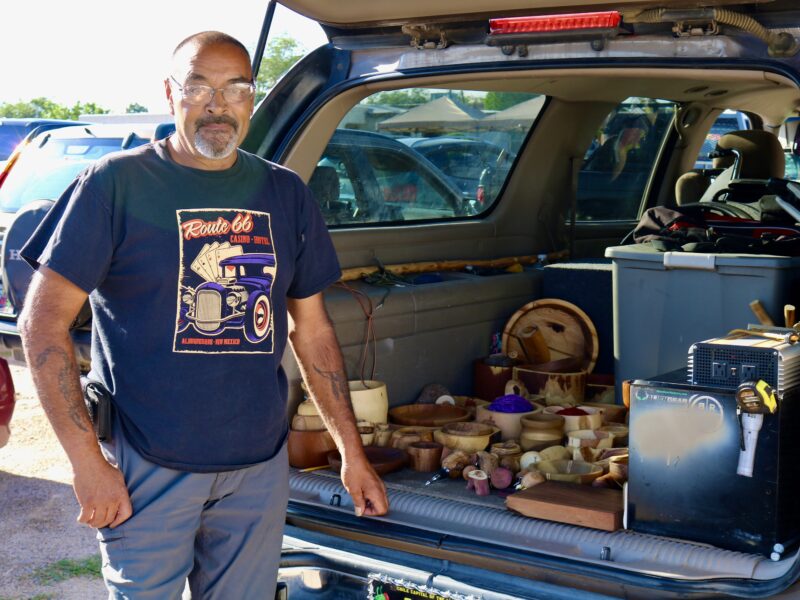 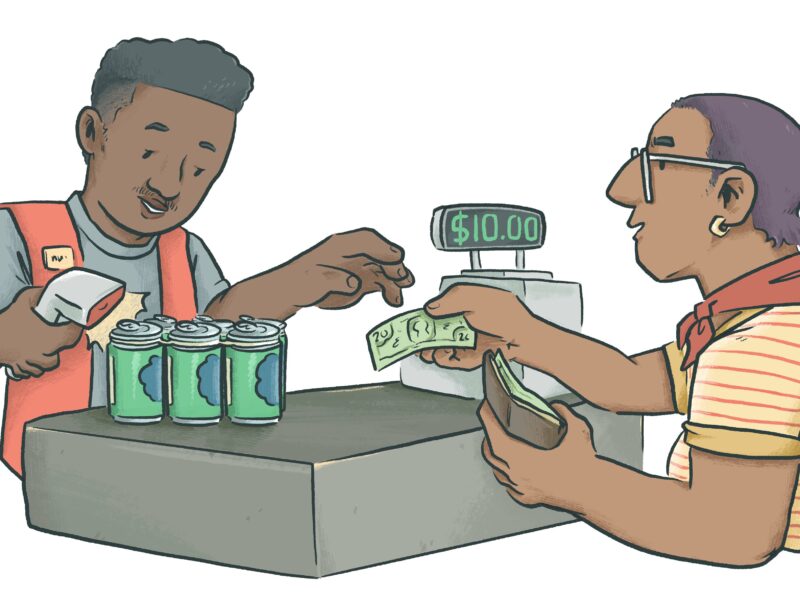 The toxic legacy of uranium mining in New Mexico

Climate change and the third world, in New Mexico

In reporting two recent stories about abandoned uranium mines north of Church Rock, N.M., I heard residents say several times that they want federal officials to take action, not just more talk about cleaning up radioactive waste left practically in their backyards for 40 or more years. I also heard how exhausting it is for the people who live next to this waste to repeatedly tell their stories to people like me, people concerned, even outraged about the situation, but who don’t live there–journalists, government officials, and activists from elsewhere–who have the luxury to come and go. “…sometimes, you get so frustrated talking about these things,” said Edith Hood, a resident who lives in the Red Water Pond Road community near the mines, in remarks to the Nuclear Regulatory Commission at their public meeting in Gallup last Friday. “…we, Indian country, we are like the people that live in the third world, in the United States,” Hood said. “Nobody listens to us.

This story is part of a collaboration from the Institute for Nonprofit News Rural News Network in partnership with INN members Indian Country Today, Buffalo’s Fire, InvestigateWest, KOSU, New Mexico In Depth, Underscore and Wisconsin Watch, as well as partners Mvskoke Media, Osage News and Rawhide Press. Series logo by Mvskoke Creative. The project was made possible with support from the Walton Family Foundation.

Uranium mines are personal for Dariel Yazzie. Now head of the Navajo Nation’s Superfund program, Yazzie grew up near Monument Valley, Arizona, where the Vanadium Corporation of America started uranium operations in the 1940s. His childhood home sat a stone’s throw from piles of waste from uranium milling, known as tailings.

How the rise of copper reveals clean energy’s dark side

By Gitanjali Poonia for New Mexico In Depth; Graphics by Aliya Uteuova | November 9, 2021

This story is co-published by New Mexico In Depth and the Guardian US, as part of the series “America’s dirty divide.” Corky Stewart, a retired geologist, and his wife live in a rural subdivision in New Mexico’s Grant County, about a mile north of the sprawling  Tyrone copper mine.

“We’ve been here three years and we’ve heard four blasts,” Stewart said of the mine, one of four on an expanse of land partitioned into dozens of four-acre lots. From his perspective, the blasts don’t seem unreasonable, given that a mining company owns the property and has the right to do what it wants.

But he didn’t know when he bought the property that the company would propose a new pit called the “Emma B” just a half-mile from the wells he and his wife depend on for drinking water. “If they were to somehow tap into our aquifer and drain our water supply, then our houses become valueless,” he said.

“We’re not making any effort to prevent the pit from being built,” he said. “All we’re really asking is for them to give us some commitment that they will fix whatever they do to our water supply.” But the mine refuses to give them this assurance, he said.  Freeport-McMoRan did not respond to multiple requests for comment by New Mexico In Depth and The Guardian.

In March, as the state scrambled to vaccinate New Mexicans after a surge in COVID-19 cases that overwhelmed hospitals nationwide, lawmakers passed legislation asking the health department to convene a task force to strengthen the state’s public health system. The panel would be one of the first of its kind in the U.S. and as other states look to do the same could serve as a model, according to American Public Health Association Executive Director Dr. Georges Benjamin. But five months later – and with less than four months remaining to prepare its recommendations for lawmakers – the task force has not met and it’s unclear when it will.

“I’m worried,” said New Mexico Public Health Association President Shelley Mann-Lev. “We have not been given any explanation for the delay. …

When Julie Badonie was growing up in the small Navajo community of Tohatchi in the 1940s, her father drove a horse-drawn wagon early each morning to a nearby spring. There, he filled wooden barrels with water the family would use that day to drink, cook, and wash.

Badonie, the youngest of seven children, including brothers who fought in World War II and the Korean War, or one of her siblings would go along. She remembers it as fun. At home, a hose siphoned the water into buckets to bring into the house. Badonie left for boarding school in kindergarten, first just a few miles across town, then several days’ travel away in Crownpoint, where an older sister worked as a cook, and eventually, all the way to Albuquerque for high school.

For a while, Chee Smith Jr. thought he was going to have to send his father to die among strangers. His family lives at Whitehorse Lake, a Navajo chapter where, until a few years ago, roughly 550 of 700 residents had no running water in their homes, including Smith’s. As Smith’s father aged and his health worsened, it became harder and harder for him to live at home. “We had to haul water from the chapterhouse or the watering points every day for just basic things — for cooking, for laundry, for stuff like that, and also for our livestock,” Smith said. “It takes a big toll.

I Received Tips to Look Into How a New Mexico Hospital Treated Premature Babies. Getting Data Was Nearly Impossible.

This article is copublished with ProPublica, a nonprofit newsroom that investigates abuses of power. New Mexico In Depth is a member of the ProPublica Local Reporting Network. It’s not unusual for health care reporters to get out-of-the-blue calls or emails from people in the industry. But when three clinicians from Albuquerque hospitals reached out to me to share concerns about the state’s largest for-profit maternity hospital, Lovelace Women’s, I took note. Two of the tipsters worked at Lovelace. None knew the others had contacted me, but all three had concerns about how Lovelace cared for its most premature babies.

These delicate preemies are frequently born weighing less than 2 pounds.