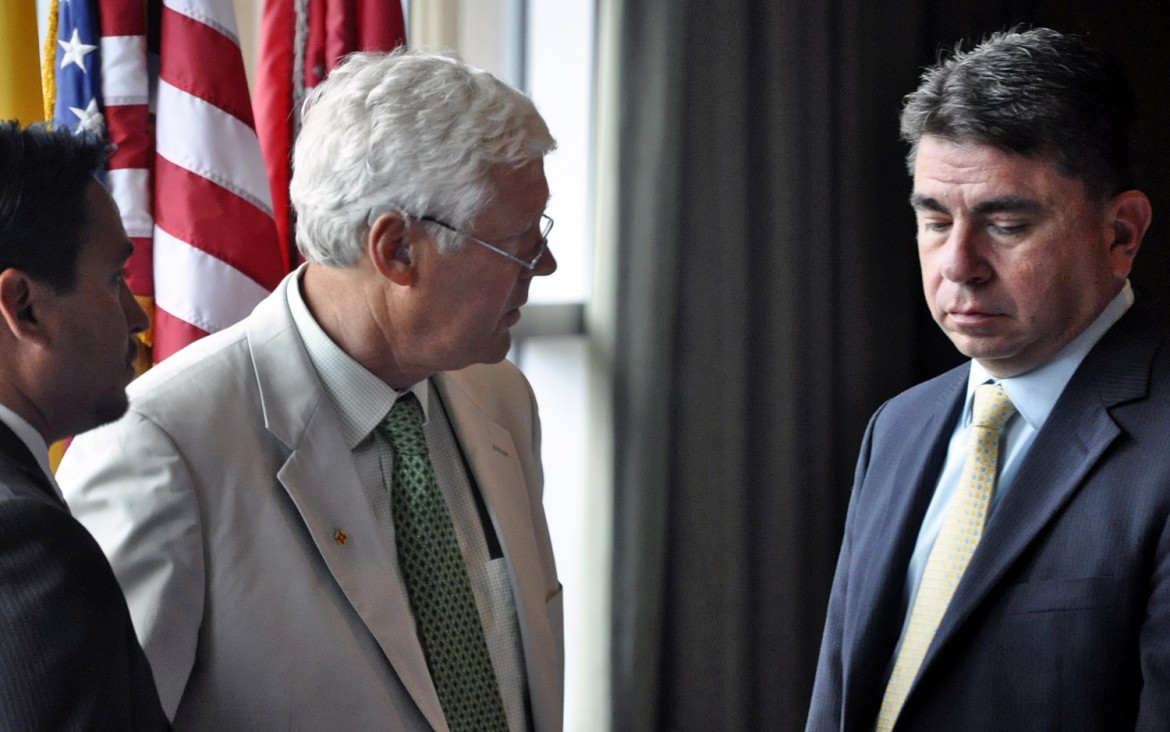 The administration of Gov. Susana Martinez continues apace against 15 organizations whose Medicaid funding it froze after an audit found problems including overbilling and possible fraud.

But what is that ahead – a speed bump?

David Abbey, director of the Legislative Finance Committee, has invoked a little-used rule to delay transfer of $10.35 million from one state account to another to pay five Arizona organizations that are taking over some of the 15 New Mexico organizations.

A hearing on the matter has been scheduled for Aug. 21 in Chama, Abbey writes in an Aug. 2 letter to Tom Clifford, Martinez’s Finance and Administration secretary.

It seems a few state lawmakers want answers as to why the administration is moving so swiftly and with so much secrecy against the 15 organizations, the letter states.

The 15 organizations that were audited provide counseling and other services to New Mexicans struggling with issues such as mental illness and drug addiction. Critics worry that some of New Mexico’s most vulnerable residents might come out the losers as some of the New Mexico providers that are being taken over work through a transition with the five Arizona organizations.

Abbey’s objection merely delays the money transfer the administration wants to make. It doesn’t stop it. The state law Abbey cites prohibits an objected-to transfer from going “into effect until it is reviewed by the legislative finance committee.”

An objection to a request to move money around like this is rare, but Abbey explains some of the reasons for objecting in the Aug. 2 letter:

“The LFC acknowledges there are legitimate concerns about fraud, abuse and mismanagement of taxpayer funds by behavioral health providers. But the department has not provided sufficient data for the committee to understand the type of transgressions and dollar amounts that would warrant the replacement of so many New Mexico providers.”

Abbey goes on to write:

“It is clear today that the HSD has authority per federal regulations to lift pay holds. Again, I urge the HSD to consider less costly and disruptive alternatives, such as using intense oversight and training for select providers by state employees, OptumHealth or the Arizona Contractors.”

One thought on “Legislative committee delays payment to Ariz. providers”