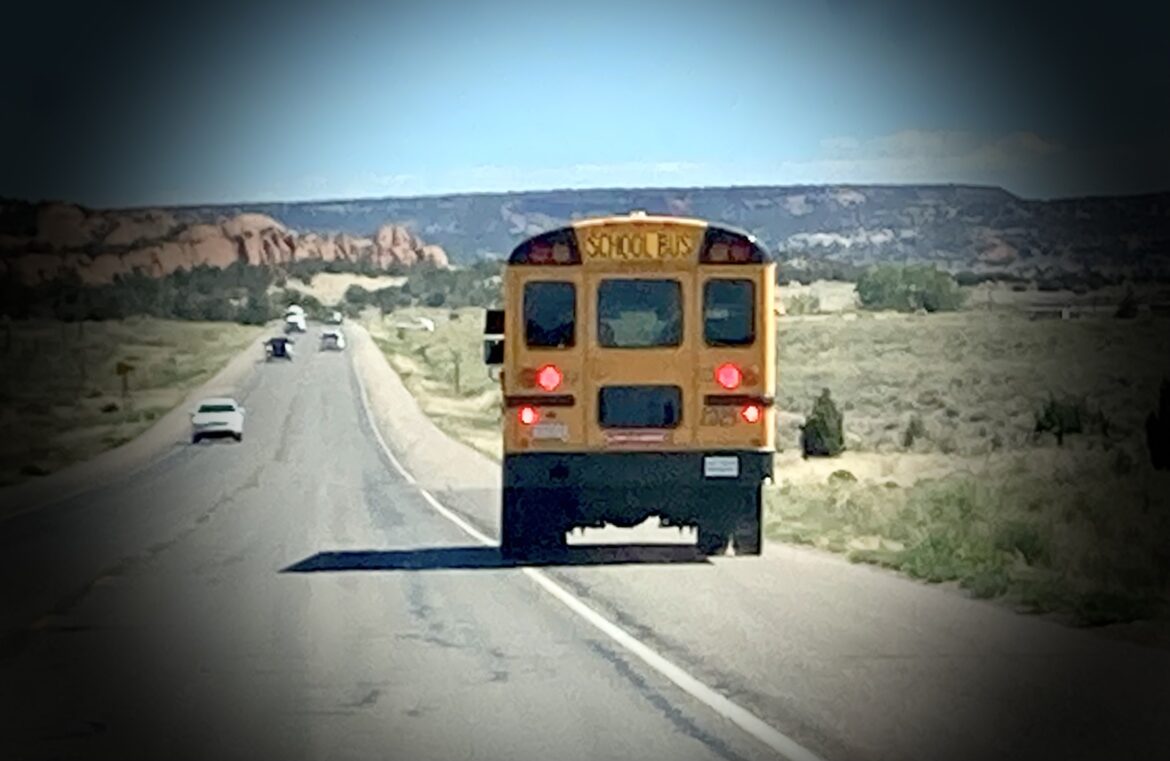 That failure means vulnerable children probably are missing out on crucial services and being denied educational rights they’re entitled to.

Such undercounting is a nationwide trend, according to an analysis by the Center for Public Integrity that found schools don’t know about as many as 300,000 students who may meet the definition of homelessness established by the federal McKinney-Vento Homeless Act.

Under McKinney-Vento, children and youth who lack a fixed, regular, and adequate nighttime residence are defined as homeless, including those who are “doubled up,” or sharing another person’s housing due to a loss of housing or economic hardship.

The 1987 law guarantees those children a number of rights to help break down barriers to education, such as the right to remain at the school they were attending when they were stably housed and the right to transportation to and from school.

Critical to helping homeless students access the support they’re due are special school staff, called “liaisons,” that Malone trains and supports. Districts appoint the liasons, who identify and connect students with services. Funded by federal grants and other sources, the liaison positions are often part-time in small districts, but larger districts, like Albuquerque, have full-time staff dedicated to homeless students.

Malone is tasked with ensuring New Mexico’s 89 school districts and dozens of charter schools are in compliance with McKinney-Vento.

In the spring, Malone plans to begin monitoring a number of districts she suspects are undercounting students. She’s making that determination by looking for discrepancies between the number of homeless students a district reports to the state and data from the U.S. Census Bureau’s Small Area Income and Poverty Estimates program, as well as the New Mexico Youth Risk and Resiliency Survey.

The rule of thumb, Malone said, is that for however many students are living in poverty, 10% of them are likely McKinney-Vento-eligible.

Public Integrity analyzed the number of homeless students reported by school districts across the country for school years 2018-2019 and 2019-2020. In New Mexico, some districts reported more than 10% of their students were homeless. But others, particularly in rural areas of the state, reported no homeless students. Explore the New Mexico numbers through this interactive map:

This story was produced as part of a collaboration with the Center for Public Integrity, The Seattle Times, Street Sense Media and WAMU/DCist.

New Mexico In Depth talked with Malone about the difficulty in getting accurate counts of homeless students and what undercounting means for students and families.

This interview, which included a follow-up call with Malone, has been edited for length and clarity.

New Mexico In Depth: What are the challenges in accurately counting the number of students experiencing homelessness in our state?

Dana Malone: Honestly, there are just some LEAs [local education agencies] that are out of compliance. They may have a lot of different reasons for that. Sometimes they just don’t know about McKinney-Vento. Just like all other school staff, we’ve seen a huge turnover in liaison positions, so a lot of times I don’t know that there’s a new liaison so I can’t train them.

I think a lot of times they think that if they say they have students experiencing homelessness, it might leave a negative mark on their school or community. A lot of rural LEAs and charter schools refuse to accept the fact that they might have these students. They have an image of what homelessness looks like and they’re not using our educational definition. It’s not a big city problem and that’s what a lot of people will think. ‘Oh, that’s Albuqueruqe. We don’t have them here.’

But they’re not using our definition which includes families living doubled up.

So the flip side of that is how the families and students feel. There’s a lot of fear associated with it.

They’re afraid that law enforcement or CYFD [Children, Youth and Families Department] will be contacted. But we’re not going to do that unless there are signs of abuse or neglect. We’re just there to help. I think the families also might feel some shame or embarrassment about their living situation and they just don’t want to be on anybody’s radar. They actually might not even be aware that they qualify for additional services and educational rights.

In Depth: What are the impacts of students who are eligible under McKinney-Vento not actually being identified?

Malone: They won’t receive unique interventions that they need to be successful academically, like immediate enrollment. If a homeless youth is trying to enroll themselves — and one of their educational rights is they don’t have to be with their legal guardian — but the school doesn’t know they have that right and they turn them away, that could be the last time we ever see that student again.

They might not be able to get transportation to school, which is going to bump into absenteeism. They’re not going to get those free meals they’re eligible for. They might not get some things they really need, like clothes or hygiene products so they feel good about themselves going to school. That kind of leads to them not wanting to go to school.

They might not have access to internet services to complete their homework. And then everything else that goes with being a student — the fun stuff, like being involved in extracurricular activities. They might have to pay for some things out of their pocket. We want schools to cover those costs so our kids get to do the same fun things that everybody else does. Making sure they get to go to after-school programming or summer school or credit recovery.

In Depth: You mentioned that there’s been high turnover for liaisons. What do you attribute that to?

Malone: I think it’s just a trend we’ve seen in education, period. There’s been a lot of turnover. Sometimes when we do get a homeless liaison, they’re from a smaller district and they wear many hats. That’s not their only job. They could be the bus driver and the school food director at the same time. That makes it challenging, when they don’t have the capacity to do their job.

In Depth: What kind of qualifications do liaisons need and what training do they go through?

The first part of my training with them is telling them about McKinney-Vento and the second part is how to implement processes to make it all flow. That’s generally one of their biggest concerns. ‘I have a student sitting in front of me. Now what do I do?’ I also have an online platform for homeless liaisons and that’s the best way that I can ensure that everybody is getting the same information. When they’re finished with the course, I think they have to have at least an 80% proficiency. It’s about a six to 10-hour course.

In Depth: If there was a particular district you suspected was undercounting, how would you address that?

Malone: I’m going to take a nice approach first. I’m really going to try to help them understand why it’s important and how it affects their students if they don’t get the unique services that they need.

I show them what they’re reporting, which is typically zero or a low count, and I ask them to look at the Small Area Income and Poverty Estimates data…and the Youth Risk and Resiliency Survey. Eventually it does move into monitoring and compliance, and I joke with them all the time that I’m secretly monitoring them every 40 days because I am. I have to look at their data and make sure that it’s correct, and see what they spend, so looking at requests for reimbursement.

In Depth: What does the monitoring process look like?

Malone: It’s a visit and a full audit and then giving them corrective action plans. It’s looking at all of their documentation, everything that they’re doing with the students, what services they’re providing, how they’re identifying, what kind of referral system they’re using, how they’re assessing their needs. Are they making sure that all their staff know about McKinney-Vento?

Because the homeless liaison can’t do that job all by themselves. Kids attach themselves to staff. You know, they might like the bus driver because they’re like their uncle. So it’s important that all staff know about who is McKinney-Vento eligible, what homelessness looks like, even in rural areas, and who to get in touch with if they feel like a student does qualify for services.

In Depth: Are you currently monitoring any districts?

Malone: I am working on that list right now. This is the beginning of that, looking at their data. ‘We’ve tried to get you, gently, on board and that didn’t work, so guess what, we’re going to come visit you and we’re going to do a full audit now.’ I’m going to have all my information lined up first. It’s a little bit of work.

In Depth: What’s your timeline for completing the list?

Malone: I would like to have it completed by January so we can send it out to LEAs and they can start preparing for spring monitoring visits.

In Depth: When was the last time you visited districts and did full audits?

Malone: It was probably 2018. I did for the end of the school year last year require an end-of-year report, and we have 40-day data reviews. That’s another way that I monitor them. And also whatever they purchase using our funding, I’m the one who reviews and approves it. So there’s multiple levels of monitoring going on, rather than just the obvious, walking in the door.

It’s just been a little bit difficult with me being the only person having to monitor the entire state. Now that I have some staff that I’m able to hire with my American Rescue Plan funds [New Mexico received about $6.4 million for student homelessness], now it’s a reality. I can spread myself out a little bit. I’m hoping that we’ll get state funding so I can sustain these positions.

In Depth: What happens if, even after the monitoring process, districts don’t get in compliance?

In Depth: If it did, what could the public education department do?

Malone: It could be something like withholding all of their federal funding until it’s in compliance or something like that. We try to give really good customer service, because the idea is if you believe in what you’re doing, you’ll do it.