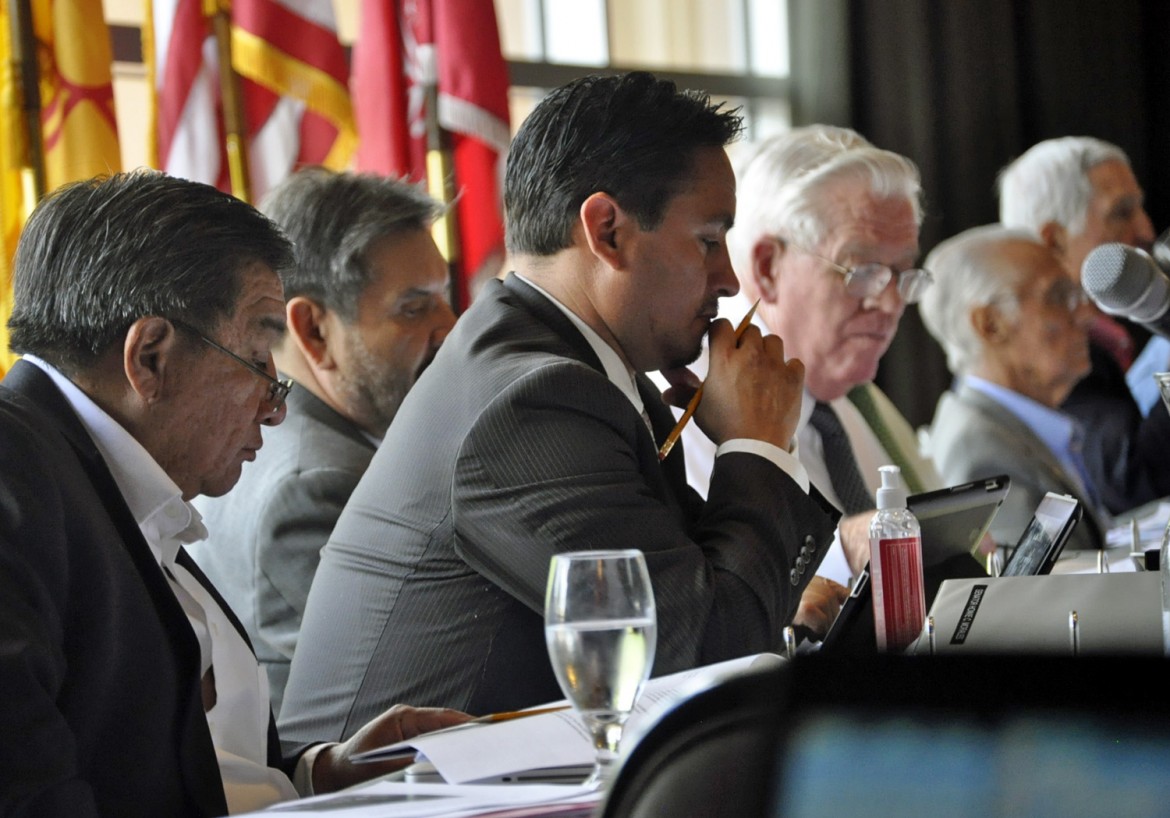 In June, Gov. Susana Martinez’s administration decided to freeze Medicaid payments to 15 behavioral health organizations after contract auditors found problems including overbilling and possible fraud. Payments to the providers were suspended pending a criminal investigation by the Attorney General’s Office. Several have gone out of business, and Arizona contractors are taking over clinics across the state.

At times, the process has been less than transparent. State officials have ignored many questions and have refused to release most of the state-ordered audit report — even the cover page.

Here are 10 unanswered questions about the behavioral health audit and Medicaid payments freeze that lawmakers might be asking at today’s Legislative Finance Committee hearing in Chama:

1. Why did the state suspend Medicaid payments to audited providers?

Federal regulations make it clear states have discretion in deciding whether or not to suspend Medicaid payments while allegations of fraud are investigated. Those regulations allow states to forego suspending payments entirely, or to suspend only some payments, when there is “good cause” to do so — such as when investigators want to avoid tipping off the targets of a criminal investigation, or when suspending payments would disrupt patient care.

2. Why has the state offered shifting explanations of the halt in payments?

State officials initially said federal regulations offered them no choice but to suspend payments during fraud investigations. They later claimed they could only consider “good cause” reasons for not suspending payments after provider payments had already been suspended. Later, they argued that not suspending provider payments would have put the state’s federal Medicaid matching funds at risk. But none of those explanations seem to hold up. For example, the Human Services Department’s own June 28 legal analysis of the federal regulations in question stated:

“There are several circumstances that, under the final rule, could constitute ‘good cause’ for a State Medicaid agency to determine not to suspend payments or to discontinue an existing payment suspension, in whole or in part, to an individual or entity despite a pending criminal investigation.”

And in an Aug. 14 letter to the federal government, the four Democratic members of New Mexico’s congressional delegation stated:

“We appreciated the confirmation from CMS [the Centers for Medicare & Medicaid Services] that the State is not in jeopardy of losing its Medicaid funding during this process. We also understand that CMS explicitly communicated to the State that it has discretion and flexibility in granting good cause exemptions from suspending Medicaid payments in cases of credible allegations of fraud.”

3. Where are the state’s transition and contingency plans?

State officials predicted as early as February that suspending payments would likely bankrupt providers, emails show. But officials, including Martinez, have repeatedly promised patients won’t be left without services. And officials have said plans are in place to avoid any disruptions in patient care, specifically mentioning behavioral health services for children in foster care and juvenile probation. To date, state officials have not disclosed or described those plans, but the Children, Youth and Families Department (CYFD) told NMID late yesterday that 20 pages of plans had been located and would be disclosed after copy fees are paid.

4. Will OptumHealth N.M. get some of the payments recovered from the audited providers?

At a Legislative Finance Committee hearing held July 17, Human Services Secretary Sidonie Squier told lawmakers not to worry about allegations that contract audit firm Public Consulting Group had badly overestimated Medicaid overbilling in North Carolina, because the company’s New Mexico contract did not offer a percentage of payments recovered from providers — and therefore created no incentive to exaggerate overbilling. But Sec. Squier didn’t mention that HSD had amended OptumHealth New Mexico’s contract (See pages 6-7) in a way that appears to create just such a percentage-of-recoveries incentive for that company. (OptumHealth, a subsidiary of UnitedHealthCare, manages the state’s Medicaid payments to providers.) It’s unclear how much, if any, money the company stands to gain from the contract amendment.

5. What exactly was OptumHealth’s role in the audit?

Given that OptumHealth apparently gets a percentage of Medicaid funds taken back from the audited providers, it’s important to know what role, exactly, Optum played in the audit. This PCG document suggests Optum staffers were directly involved in on-site and subsequent desk audits. So do emails obtained by NMID.

6. What was the OptumHealth software program that raised “red flags” and led to the audit?

If state officials know, they’re not saying. In a July 18 letter responding to NMID’s request for information including the state’s Independent Verification and Validation (IV&V) report on the software, Human Services Department officials did not name the program, even though they’ve publicly identified its findings as the basis for the state’s $3 million behavioral health audit. HSD public records custodian Jonni Lu Pool wrote:

“Optum [the state’s Medicaid program billing contractor] uses its own software system and not an off-the-shelf system. Any IV&V on the Optum program would have been performed by Optum and not HSD. Attached is a document regarding the nature of the software Optum employed in 2012.”

The accompanying Optum report doesn’t mention the word “software” but does appear to reference the off-the-shelf fraud detection program FICO.

7. Why did the state’s auditors seem less alarmed by audit findings than the state?

“[Contract auditor PCG] grouped the organizations into risk tiers, with 1 representing the least risk and 4 representing the most. PCG grouped eight of the 15 providers in Tier Two, a category for which the firm recommended the state provide training and clinical assistance as needed and, potentially, embedded clinical management to improve processes, according to the summary.”

8. What are the implications for Native Americans?

TeamBuilders, one of the providers to go out of business, had more than a dozen behavioral health services subcontracts for tribal communities. But HSD tells NMID they don’t have copies of those subcontracts, or new ones signed with Agave Health or other Arizona-based firms that are taking over management of behavioral health clinics across the state.

9. What does the audit reveal about state Medicaid billing oversight?

The audit report’s still-undisclosed Section 4 includes recommendations for better Medicaid billing rules and regulation. But the state refuses to disclose that part of the report.

10. Why didn’t the state ask its auditor to document its invoices with receipts?

PCG billed the state for the salaries and expenses of 39 staffers assigned to the audit in March, at rates as high as $279 an hour. HSD paid such invoices apparently without asking any questions about invoiced expenses, and without even asking for receipts, emails show  — until NMID asked for them. HSD reports they mailed a CD containing the receipts, late yesterday.

(Update 8:06 a.m. Thursday: An earlier version of this story referred to PCG’s “$3 million in audit bills.” That number was removed and NMID re-wrote question 10 after state officials on Wednesday reported that the total paid to the firm will come closer to $2 million.)

4 thoughts on “10 unanswered questions about the Medicaid freeze”