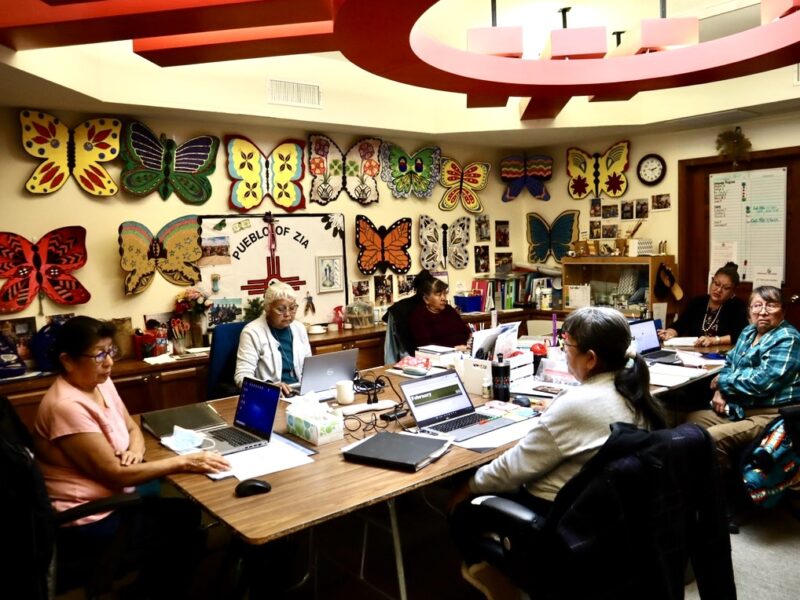 Education programs run by Native American tribes in New Mexico rely in part on money from the state, but accessing those dollars makes it difficult to complete all of the work they envision.Tribal leaders and advocates have long lobbied for a change. This year they want to make it happen.Each year, tribes can apply for grants, and if their applications are approved, they must spend the money first and then submit documentation to the state for reimbursement.

On paper, it sounds straightforward. But in reality, sometimes tribes can’t spend down all the money by an artificial deadline. In fiscal year 2020-2021, 22 tribes received grants under the Indian Education Act but only two requested reimbursement for the full amount they were awarded.

It’s a cycle that repeats year after year, hampering their ability to realize the vision of educating their own children.

With state lawmakers heading into the 2023 legislative session with a multi-billion dollar surplus, Rep. Derrick Lente, a Democrat from Sandia Pueblo, said he will introduce legislation to create a $50 million tribal education trust fund that would provide tribes automatic funding every year.

Tribes would use annual interest earned on trust fund money for language revitalization efforts, resources such as wi-fi, and career readiness programs, among other priorities. It would give tribes greater autonomy, Lente said. 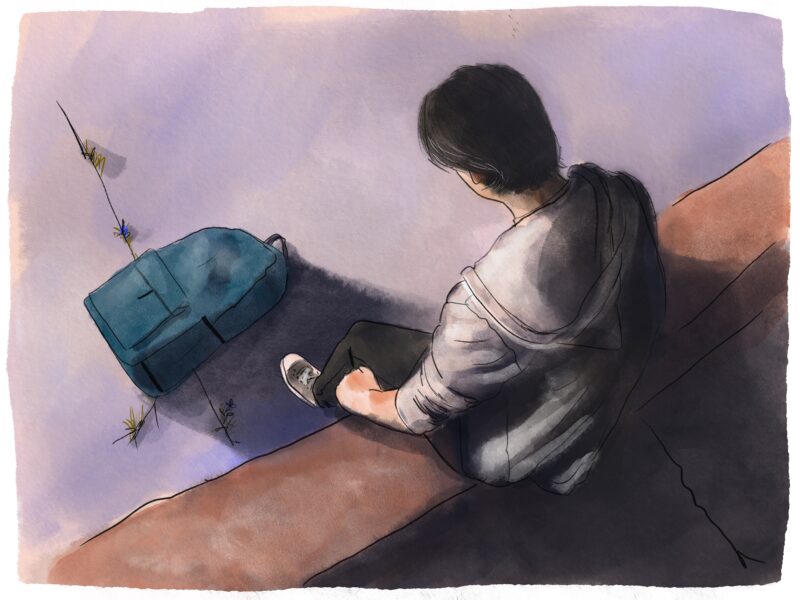 Native students are expelled in New Mexico far more than any other group. This school district is ground zero for the disparity. 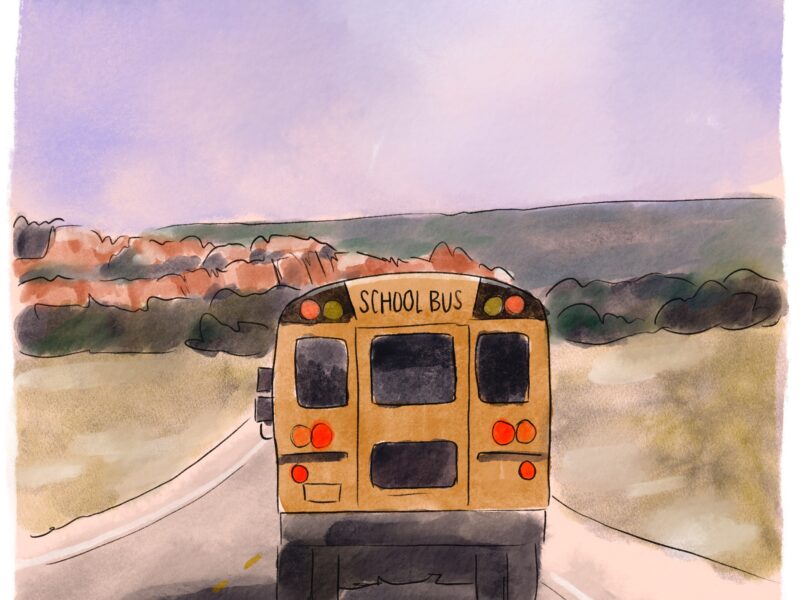 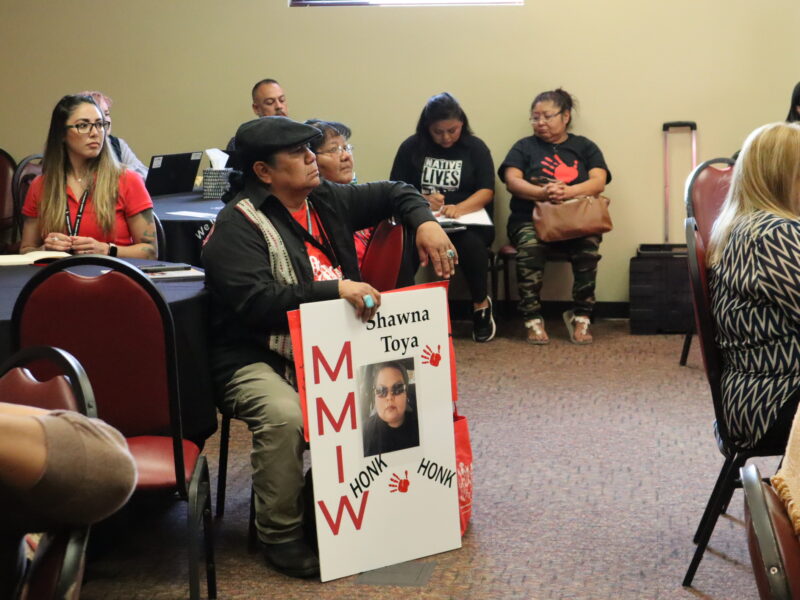 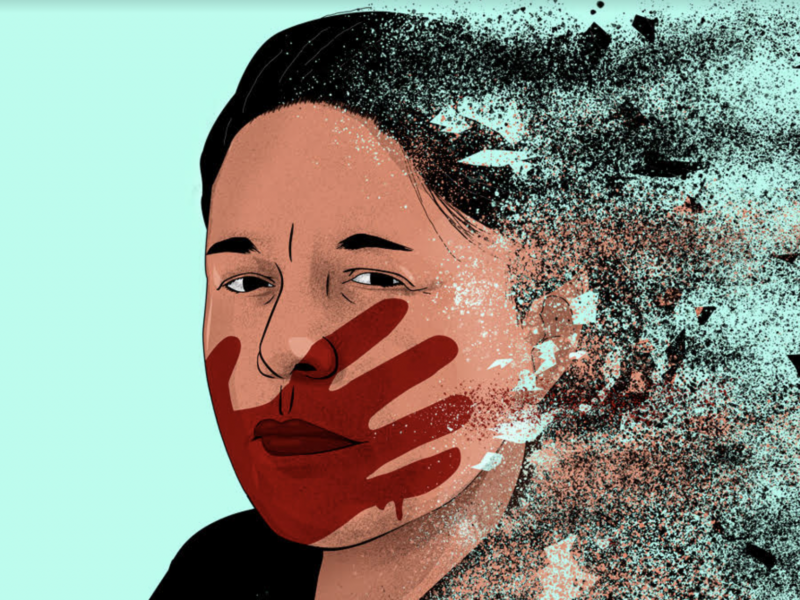 Thousands of Native students attend Albuquerque schools. Most will never have a Native teacher.

Growing up in Albuquerque, high school junior Brook Chavez, who is Diné, never had a Native American teacher until last year, when she took a Navajo language and culture class.

There, the 16 year old learned more about her culture and connected with other Diné youth, coming away prouder about who she is. She felt understood by her teacher, David Scott, also Diné, in ways she hasn’t always in the classroom.

“I learned a lot about my clans, my stories,” Chavez said, adding that at the end of the first semester, she and her classmates performed at Native American Winter Stories, an Albuquerque Public Schools (APS) event. “That’s one of my fondest memories because I got to dress up traditional with all my friends.”

Chavez just wishes she hadn’t had to wait so long.

There’s consensus among advocates and education officials that it’s important for teacher workforces to be representative of student populations, which research shows is linked to better student outcomes. Same-race teachers can act as important advocates and role models. But Chavez’s experience is one that many Native American children attending school in Albuquerque are unlikely to have in the classroom, at least in the near future.

While parents of nearly 10% of APS students report they have tribal affiliations, only 1.2% of teachers the district employed during the last school year were Native American, according to district data.

The state Public Education Department identified increasing racial diversity among teachers as a priority in its draft plan released in May in response to Yazzie/Martinez v. State of New Mexico, a 2018 court ruling that found the state has failed to provide an adequate education to Native children, among other student groups.

Albuquerque bought site of brutal 2014 murders years ago, spurred by talk of a memorial. But the current plan is for nonprofit office space.

A fenced-off lot near the intersection of Central Avenue and 60th Street, empty except for a portable trailer, a large “no trespassing” sign, overgrown weeds and a pile of debris, marks the site of two brutal murders.

Kee Thompson and Allison Gorman, members of the Navajo Nation experiencing homelessness, were sleeping there in July 2014 when three Albuquerque teenagers killed them.

In the days that followed, community members created memorials at the lot, the Albuquerque Journal reported, leaving stuffed animals, candles and a handwritten sign reading: “Let us pray for our homeless people. Keep them safe from evil” and City Councilors Klarissa Peña and Ken Sanchez suggested constructing a public memorial at the site. Thompson’s sister, Stephanie Plummer, hoped to see that proposal become a reality. But eight years later, the temporary tributes community members built are long gone and despite the city purchasing the property in 2019, there is no memorial. Current plans are for a nonprofit organization to use the site as office space.

Peña made a very public push for a memorial at the site in 2016.

The toxic legacy of uranium mining in New Mexico

Eight years after murders, Native people still outsized share of Albuquerque homeless
Statewide, unhoused Native people appear to be dying more frequently and at younger ages than any other group.

Eight years after brutal murders of two Diné men sleeping in a vacant lot, Native people continue to make up an outsized portion of Albuquerque’s unhoused population. And statewide, unhoused Native people appear to be dying more frequently and at younger ages than any other group.

New Mexico In Depth’s 2020/2021 academic reporting fellow Bella Davis returns as full-time staff this summer with a focus on Indigenous affairs, thanks to funding from Report for America.

Report for America is a national program that helps fund reporting positions in local newsrooms.

“Report for America provides a unique opportunity for journalists to pursue meaningful, local beat reporting that sadly is missing from many of today’s newsrooms,” said Earl Johnson, director of admissions at Report for America, in the organization’s statement about their 2022 reporting corps. “Together, our emerging and experienced corps members will produce tens of thousands of articles on critically under-covered topics—schools, government, healthcare, the environment, communities of color, and more.”

Davis began reporting while a student at the University of New Mexico, with student newspaper The Daily Lobo. As she neared graduation, she joined New Mexico In Depth’s diversity fellowship program, where she was able to produce longer-form, deeply reported work. She focused on the importance of midwifery as one solution to staggeringly disproportionate rates of maternal death among Black and Native women, and a series of stories about private prisons. After graduation, she accepted an eight-month fellowship at the Santa Fe Reporter, funded by the New Mexico Local News Fund, where she wrote about criminal justice, housing, local businesses and cannabis.